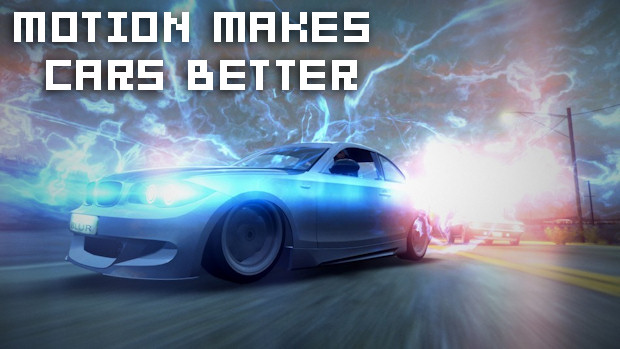 Destructoid has an interview coming soon with Bizarre Creations, the studio responsible for the Activision-published racing game Blur. We’ve been chatting about Blur‘s community features, and what it wants to do for the racing genre. I also couldn’t resist asking for some thoughts on the proliferation of motion control, with things like Project Natal and the Sony Wiimote following Nintendo’s lead in the hopes of capturing a new audience.

“I think motion control is an interesting development, but fundamentally not suited to some styles of game,” explains Bizarre’s Ben Ward. “Swinging a virtual club might be awesome in Tiger Woods, but do you really want to hold your hands out in front of you for a full 10 minute road race? I think you’d only last a couple of laps before you dropped the virtual steering wheel.

“So yeah, it’s an interesting development but I can’t see controllers being completely replaced any time soon. And neither should they — the modern video game controller has evolved over more than 20 years to be the right tool for the job (in many cases).”

Personally, I’m just waiting to see how many of these motion controllers will end up in charity stores and dumped in the back of damp closets ten years from now. I have to say I’m with Bizarre on this one — traditional controllers really are the best for most gameplay experiences, and no amount of waggle will convince me otherwise.