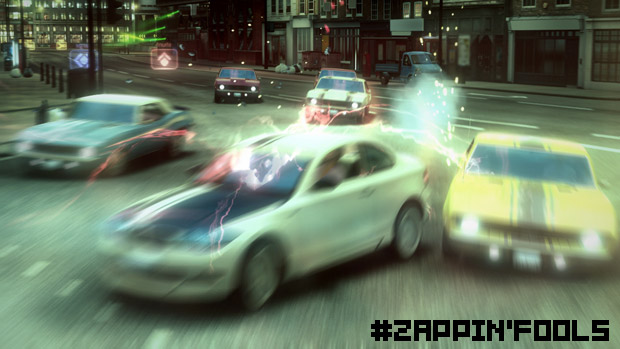 I was thinking of making this whole post less than 140 characters, but then I’d have to resort to using txt lingo. No thank you, good sir. Okay, so we already know Bizarre Creations loves Twitter enough to put it in its upcoming arcade-style racing game Blur.

But enough of the history lesson. Here’s how the Twitter integration will work: by hitting the left bumper on your controller at just about any time, a tweet with what you’re currently doing will be sent out to all of your oh so lucky friends.

Examples of this include “who you’ve just beaten in a race, which rank you’ve reached in the leaderboards, how many events you’ve completed,” etc. Hell, just take a look at this sample tweet to get a better idea.

I’m afraid this will end badly, based on the whole Uncharted 2 Twitter situation. Still, Blur — as evidenced by these new screenshots — ought to be awesome as a videogame.