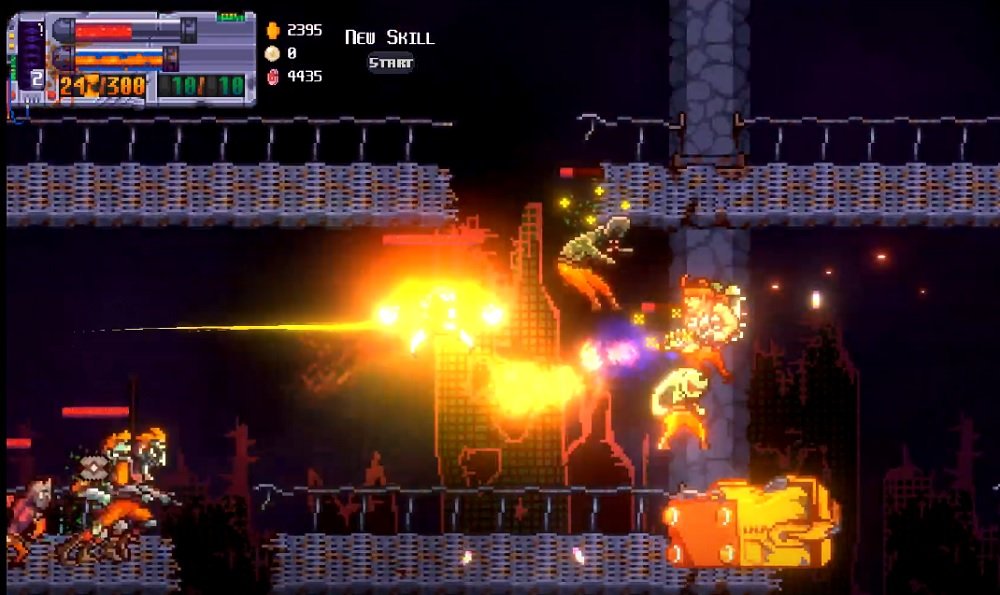 No, you’ll spoil your dinner

Publisher Graffiti Games has released a new video for arcade-style shooter Bite the Bullet, which is bringing its retro-flavoured action to PC, Xbox One and Nintendo Switch next year, courtesy of indie developer Mega Cat Studios.

Described as a “Run & Gun & Eat” adventure, Bite the Bullet features multi-platform, 8-way shooter action similar to titles such as Contra and Metal Slug, (I also get a strange Midnight Resistance vibe from its industrial aesthetic). As players blast their way through each stage, taking down waves of enemies and devouring their remains, weapons and abilities will unlock based upon your diet. The enemies you choose to feast upon will alter your character’s build, stats and effectiveness in battle, essentially making your menu your skill tree.

A huge arsenal of weaponry will be available to your hero, from standard bearers such as the heavy machine gun and flame thrower, to more “out there” head-poppers such as the Critter Cannon and “Napalm Vomit”, which I had personal experience with last Wednesday. Eat enough of the right items and you can activate “Zombro” mode, turning your character into a devastating melee fighter.

Check out the video below for more details on the culinary carnage headed your way. Bite the Bullet launches January 2020 for PC, Xbox One and Nintendo Switch.