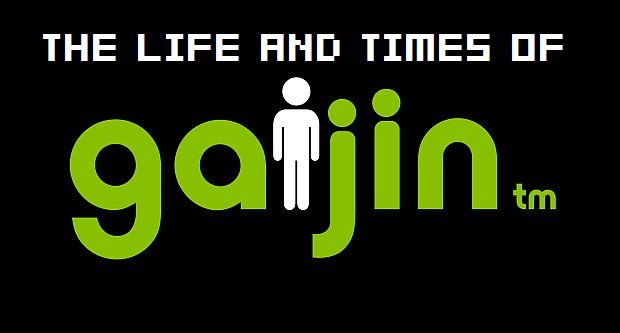 It’s a story we have all heard before. The almost mythical creation of tiny companies in the 70’s and 80’s who would later transform into epic mega corporations of today. It’s the Cinderella story our industry thrives on, and every developer has to start somewhere.

It’s at this moment that we meet Gaijin Games. In our week long coverage of the studio, we’re going to be talking a lot about this company and their games, but just as interestingly is the actual birthing process of Gaijin. How on Earth does a studio of three guys actually come into being?

Hit the jump to find out what it actually takes to make a game development studio from the ground up.

It was in 1997 that the foundation of Gaijin Games could be said to have been laid. Founder of Gaijin, Alex Neuse, received his first industry job in testing for LucasArts. “Which, in my opinion,” he says, “is the perfect place for anyone to start,” pointing out that testing offers perspective other parts of game development struggle to find.

Neuse spent about 7 years at LucasArts, where his “Crowning achievement I had there was working on Gladius,” he said, acting as a member of the design team. Making really great games like Gladius aside, Neuse was ready to move on. He left to form a new game company. While this was ultimately not a success, Neuse mentioned that this offered a great learning experience for when he would create Gaijin Games a few years later.

After that, Alex moved into publishing for Activision before moving back into development as Creative Director at Santa Cruz Games, where he met Mike Roush and Chris Osborn. By the time he was ready to leave and again try his hand at creating a new studio, he had Chris and Mike on-board.

At this point in their lives, both men were ready for the next step. Mike had spent ten years as a computer drafter, when he, as he says “I decided I didn’t like it as much as possibly making videogames.” Quitting as a drafter, he received a job with Santa Cruz Games, working on such lucrative IPs Madagascar: Island Mania. Let it be know, this title was a Target exclusive, something both Alex and Mike point out while laughing.

But for Mike, while the 2 years or so at Santa Cruz Games was great, the offer to go with Alex to start Gaijin would have been tough to pass. Opportunities had come up, lives were moving onward, and the issue became a little more complex. It was the thoughtful pressure from his girlfriend to accept Neuse’s offer that would ultimately seal the deal. After all, who could say no to working with a man who has a habit of sending  random stuff in the mail, like a thoughtful barfbag for last minute nausea?

The last member of the team, Chris, broke into the industry through the academic route. He had decided pretty early on in his life that videogames was something he wanted to pursue, and after gaining a degree entered the “serious games” market working for the military. He cut his teeth on the Delta 3D project before moving to Santa Cruz and getting a job at Santa Cruz Games. After some time spent there, Alex made his offer and the rest is history. Gaijin Games was formed.

It’s interesting to watch, as it’s obvious watching these guys interact together not just as co-workers, but as friends. From the way that they jokingly banter about starting a Belch-o-Gram service (for a fee, receive a WAV file of them belching “Happy anniversary” to your beloved, or, even better, pay for it to be done live), require guests to yell up to their office window before receiving a moose call in reply, or exchange anecdotes about being vegan or photographing mac-n-cheese, something about this small studio clicks.

That’s part of what makes them so successful too. Considering their size, they have to struggle with wearing many different hats, as Alex says. Everyday, they are switching roles and agendas trying to get their games developed, with some days they might just be doing nothing other than office work, bill paying and the sort.

Thankfully, since they work so well with each other, they can focus on getting actually getting products completed, a skill that Alex points out many developers have trouble fulfilling. Even better, they can make decisions like remaining green friendly, or building potentially risky games, an opportunity becoming rarer in larger companies. However, the team is well aware of their role as a small indie studio, and by focusing on developing games that their team can actually develop they hope to keep growing and maturing as a studio.