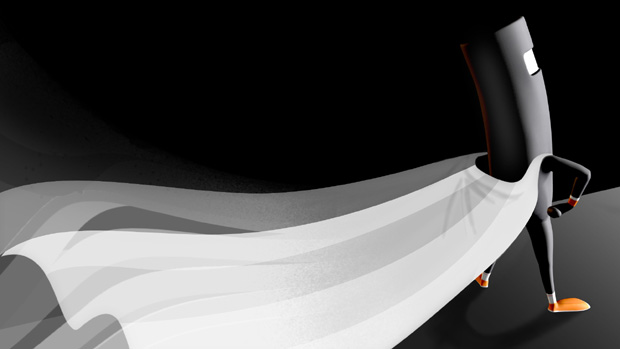 Runner2 PAX from CommanderVideo on Vimeo.

Bit.Trip Presents: Runner2 Future Legend of Rhythm Alien will be at PAX Prime this year, and it’s clear the team at Gaijin Games is driving hard to push forward. If you are one of the many fans of the prior Bit.Trip titles and you’re having a tough time letting go of the past and accept Runner2, then this trailer has a message for you. Just like Jim Sterling says, you’ve got to assess a game for what it is, and not how much it fits your preconceived notion of what it should be.

If you’re looking for a bigger, clearer look for the game in action, we’ve got some screens for you in the gallery. The Liquid Television force is strong with this one. There’s also a look at the new square-shaped loop-de-loops, and good old Unkle Dil in action as a playable character. And pipes! Mountains that smoke old fashioned pipes!

Runner2 is coming to PC and most home consoles early next year.