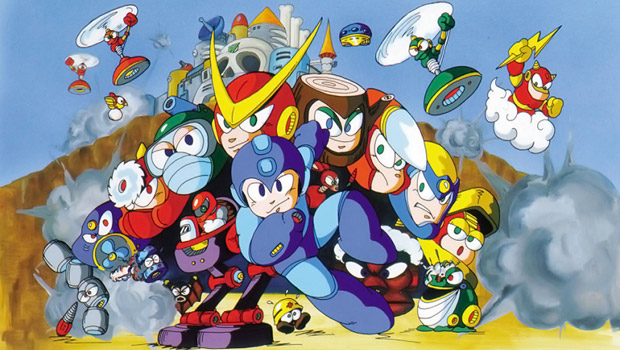 MAGFest is the gift that keeps on giving, apparently. Why wasn’t I there? Because reasons.

So there’s this band, Bit Brigade, whose members I will now consider my close, personal friends for life despite never having met them, and they performed the Mega Man 2 soundtrack on stage. Not that special, you may say. Everybody and their dogs play Mega Man 2 music, you may say. Yes, but do those other guys perform in sync with a video of a person playing the actual game live? I didn’t think so!

When Mega Man enters Flash Man’s domain, the Flash Man theme is performed. When Mega Man gets a weapon, the “weapon get” theme is performed. And this isn’t some half-assed run either, but a glitch-less speedrun with very few mistakes. It’s damned impressive, if marred ever so slightly by the fact that the game is being played on easy mode. Pssssh!