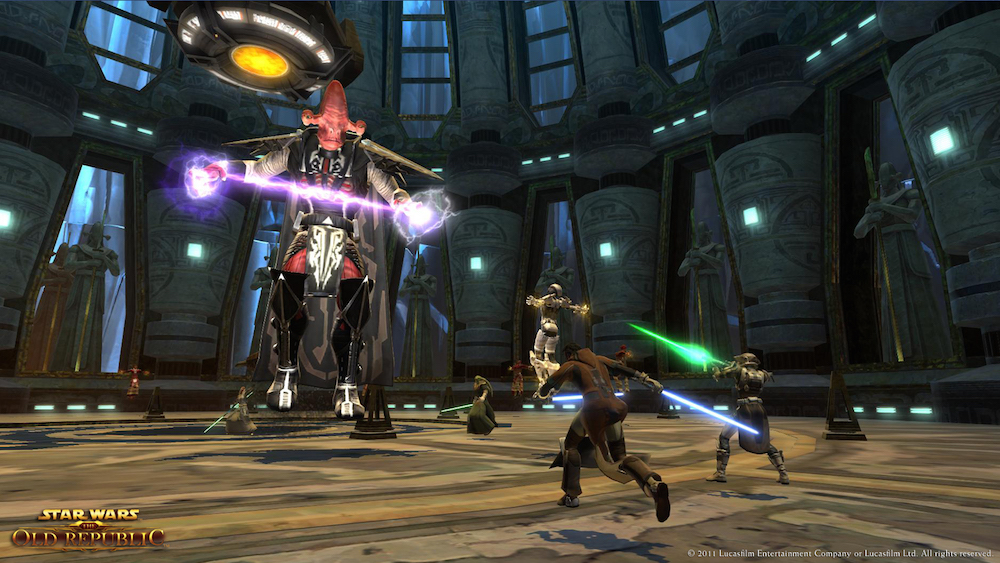 May the 4th was with him

BioWare writer David Gaider has hinted that he’d “love” to work on another Star Wars RPG. 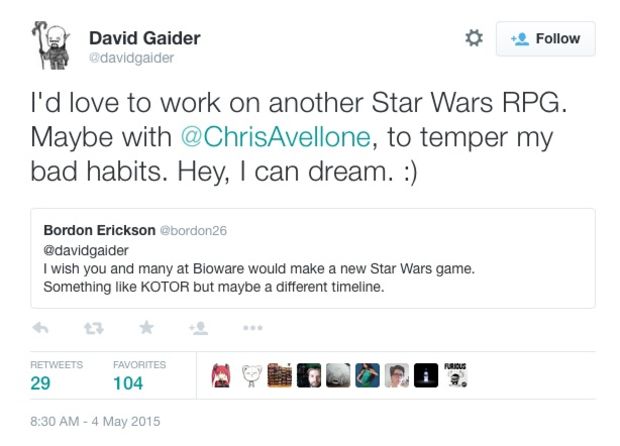 Replying to a fan yesterday on Twitter, Gaider said: “I’d love to work on another Star Wars RPG. Maybe with @ChrisAvellone, to temper my bad habits. Hey, I can dream. :)”

He also added that while his worst memory of working on Knights of the Old Republic was when his “favourite ending was cut,” “seeing the KotOR opening for the first time, with the music, made [his] heart sing with joy.”

Seemingly amused when his tweets hit the press, Gaider later added: “BioWare’s David Gaider also wants a pony, his own bar, and a summer home in New Orleans.”

Let me know if that works, Gaider. I could really do with a summer home, too.