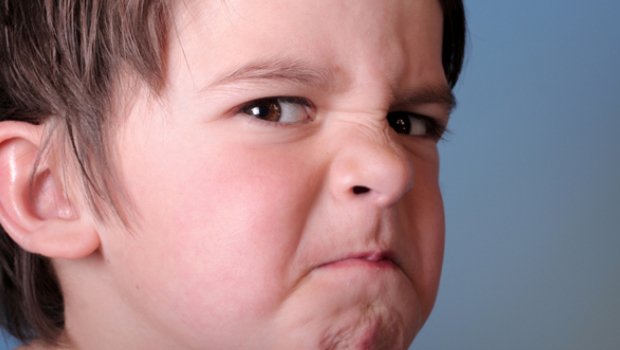 Jennifer Hepler is hated by people on the Internet, as Destructoid reader Ben recently informed us. That’s not unusual in itself, as there are few public figures who aren’t hated by a significant cross-section of the online population. However, when you consider what Hepler did — or didn’t do — it certainly is a puzzle as to why she’s despised with such pure, unfettered venom. She wrote for Dragon Age and Star Wars: The Old Republic.

Hepler is a BioWare writer and woke up one day to discover the entire Internet hated her. A number of online communities recently started dogpiling on the lady, accusing her of “ruining” BioWare games with her writing. She’s also received a lot of heat for admitting that she doesn’t like to play games — certainly a requirement if your job is to craft narrative (sarcasm).

By far her greatest “crime” was suggesting that games should let the player skip combat, stating: “Games almost always include a way to “button through” dialogue without paying attention, because they understand that some players don’t enjoy listening to dialogue and they don’t want to stop their fun. Yet they persist in practically coming into your living room and forcing you to play through the combats even if you’re a player who only enjoys the dialogue.”

Whether you agree or disagree, it’s not like she cut a toddler’s achilles tendons with a rusty scalpel. Still, however, this is the Internet.

Everything came to a head a few days ago. Hepler decided to join Twitter, but within fourteen Tweets she has already asked support if she can delete her account. It seems that gamers caught a whiff of her Twitter presence, and everything went to shit.

Hundreds of messages have been sent to Hepler, as a simple Twitter search shows. Many choose to attack her writing and ability to craft characters. A staggering number focus on her physical appearance, choosing to call her such delightful names as “fat bitch” and “obese cunt.” Some want to know why she’s “obsessed with shoehorning homosexual relationships down gamer’s throats.”

Poor Hepler did not exactly help her case, publicly stating: “I just figure they’re jealous that I get to have both a vagina AND a games industry job, and they can’t get either.” Unfortunately, that opened the doors for even more spiteful commentary, because everybody knows you can’t defend yourself on the Internet — especially if you mention that you have a vagina.

Everything seemed to come to a head with studio GM Aaryn Flynn getting involved. After one user called Hepler “the cancer that is killing BioWare,” Flynn retorted by calling him a “fucking moron.” So now BioWare is accused of treating customers disrespectfully, and the moron in question is going on a crusade and talking about his hurt feelings. Nevermind that he started the insulting tone of the conversation.

Because that’s what gamers do, if this behavior is to be believed. Attack individuals en masse, forgetting they are people, and then acting betrayed when their victims have the nerve to bite back. It’s all very well expecting “professional conduct” from a developer when a customer is angry, but when anybody‘s being demolished by a rampant tsunami of abuse, I don’t think there’s any amount of professional expectation that makes it unacceptable to lose one’s cool and say something in return.

It is the height of entitlement to believe you can say whatever you want, as hurtful as you like, and expect not a word of a retort. Those gamers now acting butthurt because Flynn and Hepler responded to the abuse are as cretinous and pathetic as one can get. The fact that this surrounds BioWare — a studio known for making more adult games — makes it all the more sad.

Whether you like Hepler or not (I’ve not been a fan of most of BioWare’s stories, period), this level of treatment towards a single person is never warranted, and it should make the gaming community utterly ashamed of itself. This is the kind of behavior that justifies the FOX News stereotype of the basement dwelling, antisocial nerd. This is the kind of behavior that makes the Spike VGAs look like the perfect gamer show — because it’s crass, immature, and it sports the emotional depth of a wet paper towel. That’s how gamers look when something like this happens.

You know what, though? Having a vagina and an industry job is a pretty sweet two-punch. I’m pretty jealous myself.