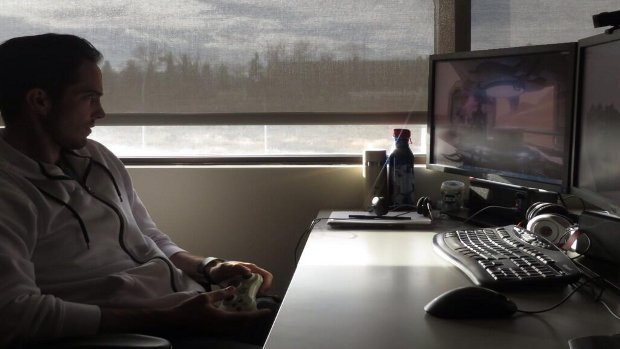 During the celebration of yesterday’s Mass Effect holiday, N7 Day, BioWare developers surprised fans by tweeting some pictures of an upcoming and unannounced titles they’re working on. During his tweet, BioWare producer Michael Gamble proudly proclaimed that “The next chapter of Mass Effect is upon us!!”

Following this, studio director Yanick Roy, level designer Gary Stewart, and gameplay designer Manveer Heir also posted pictures of their own. In addition to the teasers, they stated that the next game will have new worlds to explore, new enemies, and new characters to fall in love with.

Of course, many of the pictures are obscured and are pretty vague given the title’s early stages in development — but it’s pretty admirable of BioWare to share its progress with the fans. And it certainly gives us something to look forward to after Dragon Age: Inquisition has shipped.

What about you, Mass Effect fans? Are you looking forward to seeing what BioWare has in store for the next title in the ME universe?