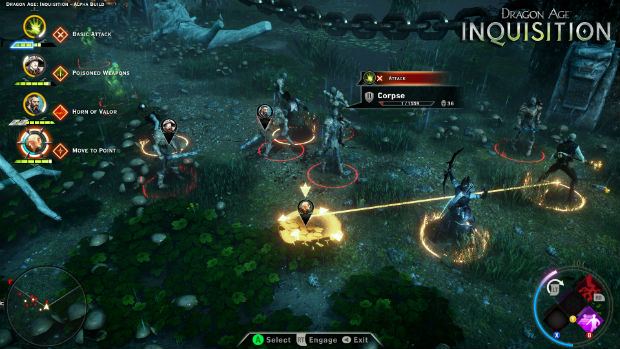 That’s with collecting everything

Today at EA’s gamescom press conference, BioWare’s Aaryn Flynn talked a bit about how long Dragon Age: Inquisition would take to complete. The answer? If you did everything in one playthrough, it would take roughly 150 hours.

Sounds like a lot, right? Well let me break that statement down based on my experiences with the game at a recent preview event.

Speaking to Flynn directly, I asked how long it would take for the average person to complete the game if they didn’t feel like getting everything. In response, he said, “if you just took on the story and nothing else, roughly 55 hours is the time we’ve achieved during our playtests. But naturally, players are going to stop and do optional objectives, so it’s going to take them a little longer than that. If you did everything, it would come in at around 150 hours.”

Having played the game, I can partially back that claim up. Dragon Age: Inquisition is made up of multiple “exploration” zones, which are very much like an MMO sandbox. These zones have a ton of activities to locate, such as puzzle boxes, optional quests, collectible objects, and even secret bosses or NPCs. During our playtests, we had at least an hour to run around in each exploration zone, and it wasn’t even close to enough time to achieve one full goal.

Even if Inquisition gets DLC post-launch, it’s going to have a lot of stuff built into it from the get-go.