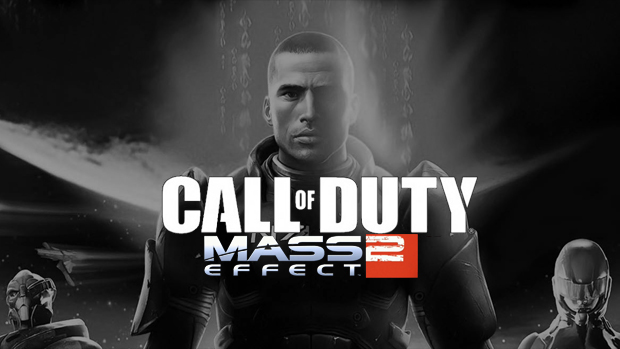 A funny thing happened today as a number of reports started surfacing from people who had purchased the PC version of Call of Duty: Black Ops II, only to discover the second installation disc missing and a copy of Mass Effect 2 in its place. It seems like an issue affecting only a very small number of users and, even then, the game is easily downloadable with a code so there probably isn’t anybody left out in the cold here.

But BioWare seemingly didn’t want to let an evangelistic opportunity like this go to waste and they’ve come up with a curious offer for any afflicted buyers. They’re going to give the entire Mass Effect trilogy to the first fifty people who send them a photo of themselves holding their misprinted copies of Black Ops II.

I don’t know what’s to prevent someone who has both games from just taking the picture and getting themselves a free copy of the trilogy but I also don’t see why anyone would bother. Offering up the whole series seems awful entertaining nonetheless.