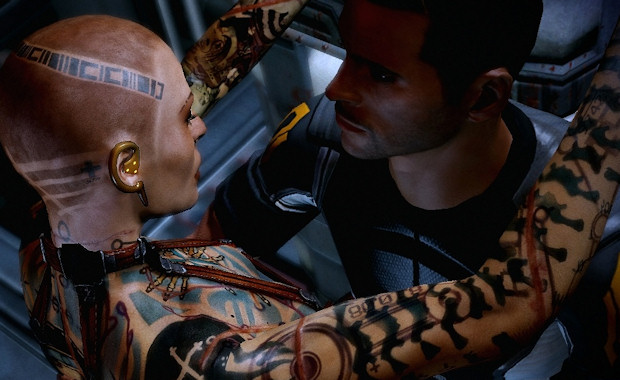 BioWare staff writer Patrick Weekes does not like to be a mocked. A fan recently created an “RPG cliche chart” to poke fun at what he believes is a predictable story structure in BioWare games. Apparently, Weekes took great offense to the criticism and has ranted about it on the Mass Effect forums, claiming that there is “nothing wrong” with the way BioWare spins a yarn.

“So I’m supposed to believe someone is smart enough to do a big Excel spreadsheet with color coding and stuff but not smart enough to know about Campbellian archetypes,” complains Weekes. “Yeah, guys, every BioWare game has the same plot! See, things are kind of normal, and then things change and you have to go out and do stuff, and you go to crazy weird places! Aaaaaand so yeah, totally the same story.”

“Humorously snarking that our games have a beginning part that is streamlined and introduces you to the game, a middle that allows you the freedom to go to several places and have adventures, and then a tightly focused ending is like riffing on how romance novels generally start out with two people being attracted to each other but having emotional issues, then gradually building trust, then having a complication that splits them up, and then in the end they get together and are happy.

“People who create fiction in any form use a structure appropriate to that form. They do it because their audience understands and responds on an emotional level to that structure.”

Wow … this guy must be great at parties. Remind me not to crack any jokes about Dragon Age getting a 7.5 near this guy anytime soon.