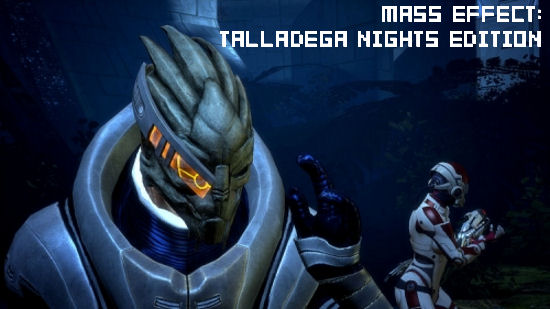 What is it about popular exclusive titles and rumors that they’ll soon be appearing on other systems? Besides the usual “BioShock on PS3″ chatter and the “MGS on Xbox 360″ warbling, now Mass Effect is the latest in line to be lashed by wagging tongues thanks to analyst Michael Pachter.

BioWare has quickly nipped the Mass Effect/PlayStation 3 talk in the bud by denying that there are any current plans to convert the 360 exclusive RPG. The company did, however, state that it could do such a thing one day if it ever felt inclined. The quote is also gold as it slights Pachter, who I never listen to because analysts are just circus fortune tellers with briefcases instead of crystal balls. A BioWare community coordinator had this to say:

Sorry folks, this is just another rumor at this stage. Could BioWare make Mass Effect for the PS3 (or the PC, or some other platform) in the future? Yes we could, but we are not working on a PS3 version currently.

I don’t know who Mr Pachter is. Maybe he’s a PS3 owner who wants to play Mass Effect.

So, while Mass Effect currently remains a 360 exclusive, the door is certainly open in the future for PS3 owners to have disappointing softcore sex with blue aliens that wouldn’t even offend my grandmother. Look forward to this subject cropping up approximately every two months from now on.