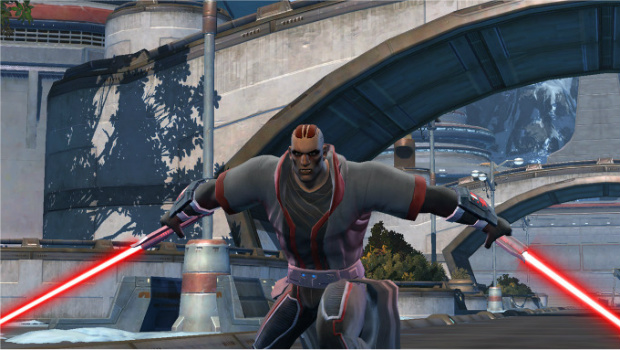 BioWare has invited Star Wars: The Old Republic guild leaders from around the world to the first SWTOR Guild Summit in Austin, Texas. While invites have already been sent out, there is still some space for other guilds to apply here. Participants can attend Q&A sessions with the developers as well as roundtable feedback discussions. They will also get sneaky look at some new content, damn them. BioWare wants to get direct feedback from players as well and give players the opportunity to hear about some of the reasons behind certain design choices.

I imagine that the feedback from this type of event will be more articulate than the lunatic ravings of some of the more rabid members of the game’s community, although I do hope that there are some challenging questions. It would be superb if the event ends with Imperial guild leaders squaring off against their Republic counterparts, maybe in a game of Huttball? Surely BioWare could recreate it for such an occasion.