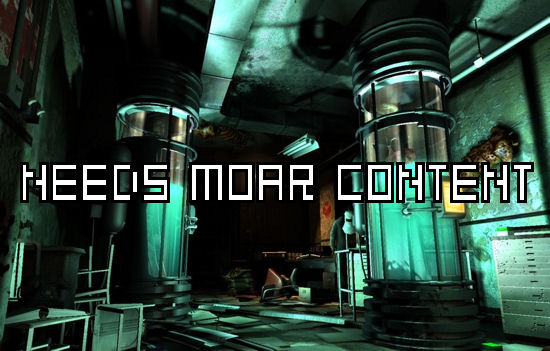 Downloadable content is a hot commodity, allowing developers to squeeze even more money from customers in exchange for horse armor or a few songs on Guitar Hero. Needless to say, all the top games have caught DLC fever, including BioShock.

Despite the fact that its linear experience and lack of multiplayer doesn’t outwardly express a need for additional content, 2K’s Ken Levine is keen on adding to the currently low replayability of the game thanks to the power of the Internet:

“Diablo II, to me, was a great model for an expansion, because it enhanced the original game, but also extended the game, too. I’m not a really big fan of expanding things just by linearly adding to the experience, adding a new campaign, as much as I am of enhancing the original experience and adding replayability to that experience. I think that certainly BioShock‘s combat experience is great, but it could be broader. I’m a little more confused as far as how to expand the narrative experience.”

As much as I’d love some new levels in BioShock, I agree it really wouldn’t work since the game flows from beginning to end perfectly enough. It will be interesting to see exactly what 2K Games adds to make replay a compelling prospect. Levine states that a lot of plasmids were cut from the final release, and there were rumors of ‘Plasmid Packs’ floating around if memory serves me correctly. Are plasmids enough to make you want to play through the game once more?

Personally, as much as I enjoyed BioShock, I feel it’s going to take a lot to make me want to play through it more than maybe twice.