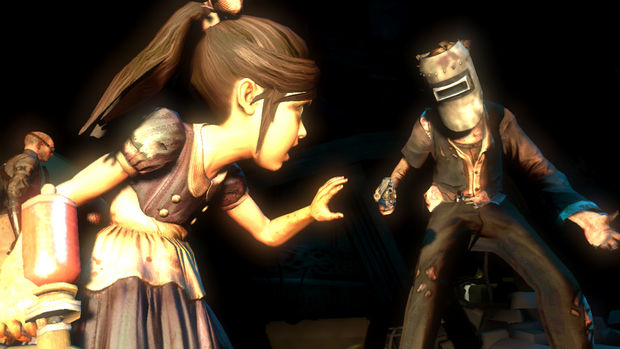 Key words here are ‘would have been’

An installment in the BioShock series for the PlayStation Vita may be one of Ken Levine’s only wishes for the franchise that will go unfulfilled. Levine’s longing for one of his signature games on the handheld device is well-documented, and he’s taken to Twitter to elaborate on the concept he had in mind.

According to Levine, the BioShock title on Vita that he wanted to make would have been “a Final Fantasy Tactics style thing set in pre-fall Rapture.” He clarified in another tweet that the Tactics bit referred to combat style in that he envisioned a turn-based game.

But, it’s all wishful thinking because no one’s exactly expecting that the supposed project will ever turn out. In the tweet that sparked the conversation, Levine commented “2K and Sony couldn’t put a deal together when I last checked. They seemed way more optimistic about this back in 2011.” I guess when you’re at the bottom of the sea, all you can do is hold your breath.