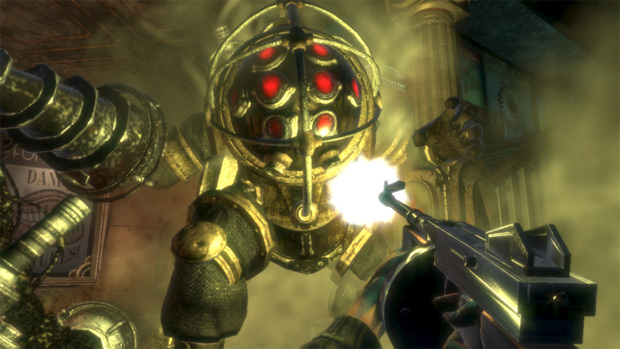 The ill-fated BioShock movie has seemingly been Halo‘d. Gore Verbinski had already stepped down to become the project’s producer, leaving Juan Carlor Fresnadillo to fill the director seat. Speaking to Indiewire, Fresnadillo said, “To be honest, by now, I’m completely out of that, and developing other stuff. Right now it’s on hold. The studio and the videogame company, they have to reach some kind of agreement about the budget and the rating.”

If Fresnadillo has left the project entirely with no plans to return, that’s not a huge loss. His best-known work is 28 Weeks Later, and his new “horror” film featuring Clive Owen, Intruders, was pretty disappointing. Who knows, maybe BioShock Infinite will sell millions, revamp the interest in the movie on both sides of the fence, and see Neill Blomkamp to direct the saga of Rapture’s fall? Or, even better, Guillermo del Toro when he is done filming Pacific Rim? One can hope.