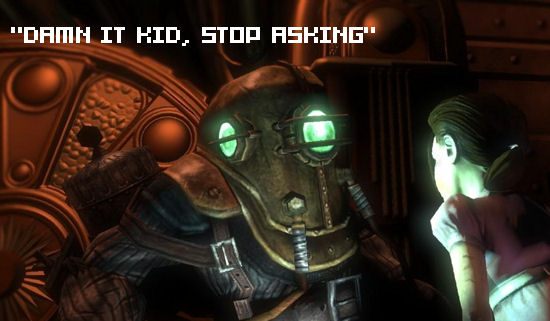 A fresh rumor has been flying around that BioShock would be heading to the PlayStation 3 in 2008, no doubt sparking off fanboy flamewars up and down the Internet. Well, 2K Games has decided to squash those rumors in a most brutally honest manner, and is sick of hearing about it.

Responding to a post on the 2K forums about the rumor, an official moderator had this to say:

“Please don’t tell me you made an account just for this question … There will be no PS3 version of BioShock. It has been explained time and time again.”

You can explain something as many times as you like, but it won’t make a world of difference to some people. Doubtless the rumors and the dreaming will continue, as drooling Sony obsessives still hold out hope for BioShock. Far be it from me to keep such blind wishing alive but … you never know in this business. Still could happen, no matter what gets said.