Last week, Jim and I were both on Destructoid’s new video series The Question. We took opposite positions of a question that seems to be tearing through a lot of the game world right now: “Is BioShock Infinite too violent?”

At the time, I think I had some kind of spontaneous, temporary brain damage, because I really didn’t do a good job of explaining anything I meant. After about a week of thinking though, I know why Infinite bothers me so much — I can’t really share the experience with others.

In the grand scheme of things, what is the point of art? Or media at all? The trashiest songs on the radio, the most beautiful opera you’ve ever heard — they are experiences; experiences that over time help build up who we are.

The Autobiography of Malcolm X might very well be my favorite book. It came, for me at least, at the right time in my life. It helped teach me the importance of perspective, about how the lives we live shape us and define how we’re seen and remembered. After reading it, I was so amazed that a few hundreds sheets of paper could contain so much wisdom, so much potential for discussion. I turned to the internet, scouring forums for others that were eager to talk. 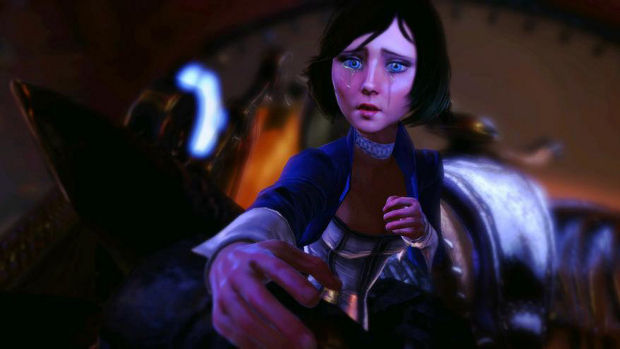 That tends to be what I do with anything I play, watch, read, hear, or taste. When I find something new, something special, I am driven to find others who might like it. I’ll share it and dissect it with them. Inevitably, they will notice things that I don’t; they’ll have a different interpretation. That dissection, that step-by-step scrutiny of something that someone else made is the fuel for a huge portion of every interaction we regularly have as people.

Everything from chatting with coworkers, seeing movies or concerts with friends, or a real connection with someone you’re dating comes from a reflection upon and discussion of mutual experience. It’s so fundamental it’s odd that I haven’t seen it come up before.

One of the things that’s been bothering me about games recently, and also one of the reasons I’ve come to love Journey so much, is that games can’t be shared in the same way as other media. Games, especially the more “core” games, have this notion that they should be arbitrarily hard, that they shouldn’t hold your hand — and that the ensuing exclusivity is a good thing.

Over time, we’ve come to isolate ourselves. We put ourselves in the strange position of locking away the secrets of gaming knowledge from those who aren’t physically capable of playing them. While it is true that a blind man will never be able to see a film in quite the same way that most can, or that a deaf woman will not ever be able to hear a song, those experiences aren’t locked away by choice. I’ve never seen a book printed with obnoxiously small font just to keep people from being able to read it at all. This is something completely unique to videogames, and even there it’s far from universal.

As games begin including better dialogue, better stories, and more complex themes, we are rapidly approaching an era where they will be culturally relevant, where they will be scrutinized and analyzed by academics. We’re already seeing the explosion of relatively simple, easy-to-play games via mobile phones and Facebook. People largely incapable or unwilling to take the time to learn more complicated games are finding plenty of fun with simplicity and accessibility. Traditional games, however, haven’t seen the value in adaptation.

I have plenty of friends and family whose opinions I deeply respect and value, but because videogames are inaccessible to those who haven’t been playing for a good chunk of their lives, or those who have a disability, I can’t share all of the great stories or experiences games have to offer. 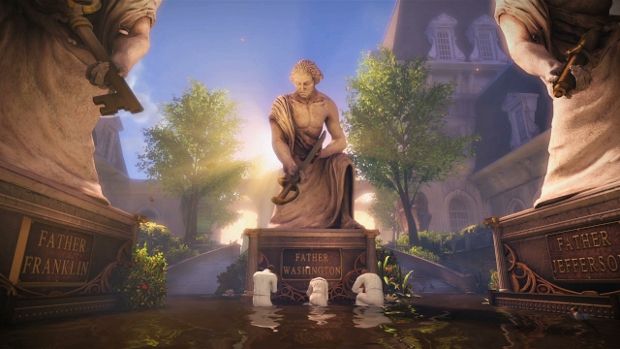 More and more core gamers decry the fact that the casuals are playing simple games instead of the big beefy manly ones that they happen to think are intrinsically superior. At the same time core gamers howl at the idea of “easier” modes or options that remove combat entirely. Instead of encouraging broader options for new players, we’ve collectively continued to wall ourselves off and push potential fans away.

A while back, I wrote a little piece about how my mom’s rheumatoid arthritis kept her from being able to ever play Mass Effect. I called her last week to talk about some of the games I’ve been playing — Antichamber, Tomb Raider, BioShock Infinite. With each one I was as descriptive as possible because I knew she wouldn’t get the chance to experience these games for herself. No matter what, some narratives are locked away; forever lost to her.

She’s not the only one either; especially when we start thinking about everyone in our lives that we care for. Friends, family, lovers — they will never know the depth of our medium, unless we start opening it up. This isn’t about being taken seriously by the outsiders, this is about connecting with the other people in our lives. 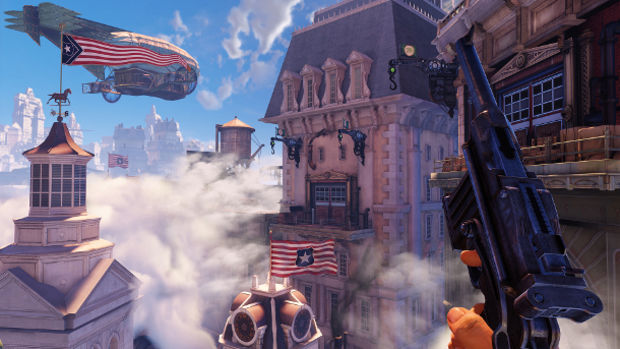 BioShock Infinite nags at me, tears at me because it’s one of the most fascinating games I’ve ever played — despite its many faults. I feel compelled to share it with everyone I know, just so we can discuss it. For me, BioShock isn’t so much too violent as it is a game that falls into what the general public expects. Allistair’s mom, herself a gamer with a decent enough background, dismissed it as just another shooter.

Even more than that, while violence is — I would agree — vital to the game, its combat is so often unnecessary and left without reasonable context. Throughout, there are powerful narrative arcs that are broken up by needless and excessive combat. For about week now, I’ve been itching to take another trip to Columbia, but it’s packed with so much filler that I’ve been avoiding the gratuitous time sink.

I’m not so foolish or naïve to say that Infinite would be better as a movie. Quite the contrary, interactions with Elizabeth and the openness of the early stages as well as the claustrophobic design of some of the later ones, is absolutely essentially to mechanically communicating some of the game’s best messages. What I would have liked to see, however, is a mode that makes losing impossible and cuts back on gameplay that might be enjoyable for those of us more accustomed to the tropes of gaming.

All of this does bring up a growing fear of mine, though. Sooner or later gaming will reach a point where we will need to begin giving greater consideration to how play interferes with narrative structure. If we want to take the next step, to move forward and mature as a medium, then we need to demand games that don’t sacrifice story for gameplay or gameplay for story. It’s not a lot to ask.