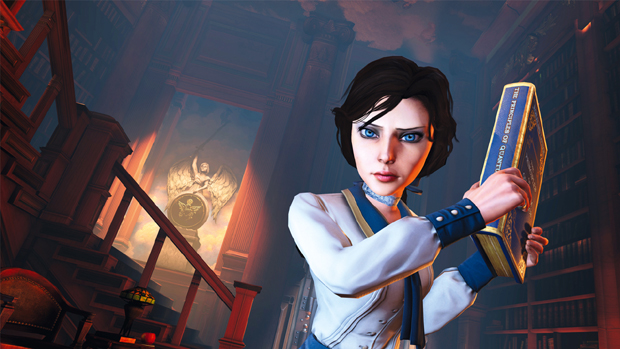 It’s been infinitely interesting to take part in the industry-wide discussion about BioShock Infinite. Many in the gaming press LOVE the game, many developers are REVOLTED by it, and many gaming consumers say it’s “AIGHT.” It reminds me of how many diehard fans HATED the Star Wars: Episode 3, Camille Paglia LOVED it, and your average movie goer thought it was PRETTY GOOD EXCEPT FOR SOME OF THE ACTING WHICH WAS NOT THAT GOOD.

It’s amazing how deeply our relationship with a medium or franchise may alter how we interface it. How a game affects a developer’s sense of self, their sense of place in the industry, and their hopes/fears of where the industry is are likely to be very differeent than the effects it may have on a gaming consumer or a member of the gaming press. I encourage you to keep that in mind when checking out BioShoot Infinite +1 from Cryptic Sea [Warning: Some BioShock Infinite spoilers].

Some will say it is a reductive, mean spirited, self-serving sliver of spite. Others will say it’s a spot-on recreation of one of the most overrated games of all time. Still others will say it’s funny and more-or-less accurate, but that doesn’t stop BioShock Infinite from being pretty darn fun. Where you stand on that discussion, and on BioShock Infinite in general, says more to me about you than the actual games we’re presumably focused on.