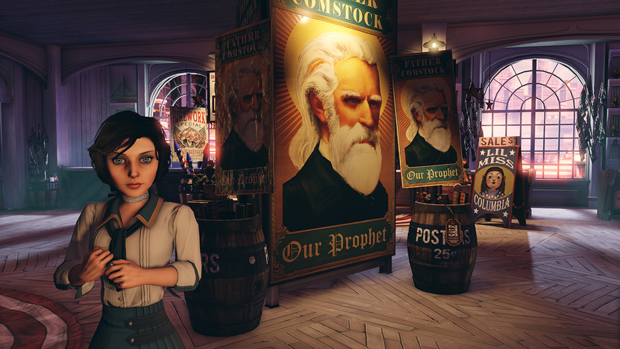 BioShock Infinite is now set to be released on March 26 for PC, Xbox 360, and PlayStation 3. Yeah, that’s an extra month of no totally awesome fun times with BioShock. Bummer. It seems Ken Levine cares more about making great games than he cares about getting them out on time.

Before you start sending furious tweets at Levine, you should know that the real scumbag that cares too much about making quality products is new Irrational employee Rod Fergusson (previously senior producer on Gears of War).

“When Rod Fergusson came on board from Epic, he came up to see the game. He took a look at it and he fell in love with it,” Levine said at a preview event, Thursday.

Fergusson moved into a hotel down the street from Irrational, in an attempt to hit the ground running.

“He spent a few weeks at the company. We sat down and he said I think the game’s great, but I think it could really use three or four weeks of polish and bug fixing time,” Levine continued. “I said, ‘Oh God’ and was thinking about this exact fucking moment. [making the announcement to a room full of game journalists.]

“At the end of the day, the game has to be the best game it could possibly be, so I said alright.”

Personally, I only found one bug in my three hour session. There was an area with a row of plants and I had to walk around instead of on them. I suppose that’s the polite thing to do, anyway.