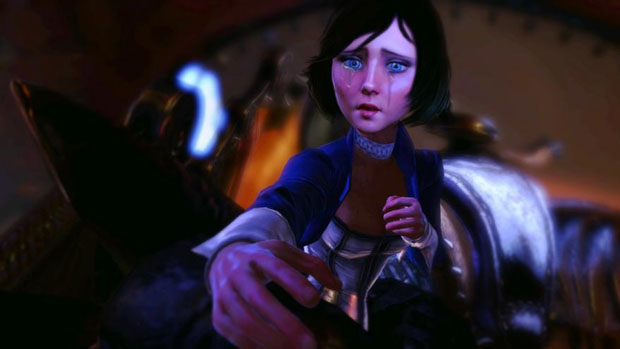 [Update: Apparently BioShock Infinite was never announced or even planned for the Wii U to begin with, according to Ken Levine. Furthermore, we hadn’t realized that the source article was from early August and was debunked shortly afterwards. So sorry for the confusion.]

Despite the fact that the console hasn’t even been released yet, the Wii U has already become a bastion for late PS3/360 ports, including Mass Effect 3, Ninja Gaiden 3, Darksiders 2, and Batman: Arkham City to name a few. While these dated games don’t do a heck of a lot to build confidence in consumers that 3rd parties are going to prioritize development on the Wii U, they at least come with the excuse that the Wii U wasn’t on the market at the time of their original release.

BioShock Infinite has no such excuse. Word is that development of Wii U port of the game won’t be starting until after the PS3/360 version is done. That’s nice for the people who want the game but are in no rush to play it, who also plan to buy a Wii U, but never intend to own a PS3/360. Just how many people like that are there on the planet? Twenty five? Thirty?

Players gauge how seriously developers take the creation of their games in a lot of different ways: visual polish, variety of features, and timeliness of release, to name a few. Bringing your game to a console long after it’s already available on the competition makes it feel like an afterthought. The idea that third parties don’t put their best resources towards Nintendo consoles is already a core belief among many in the gaming community. This kind of late porting will promulgate that notion, perpetuating the old pattern of consumers ignoring third party games on the Wii U, lower sales of multi-platform Wii U titles, diminished third party support on the console, and so forth.

Watching third parties working on Nintendo consoles is often like watching a train wreck in slow motion. It doesn’t matter how much you scream, there’s nothing you can do to alter their doomed course for failure. Still, I’d rather scream than not scream. There is always a chance that someone will hear, right?