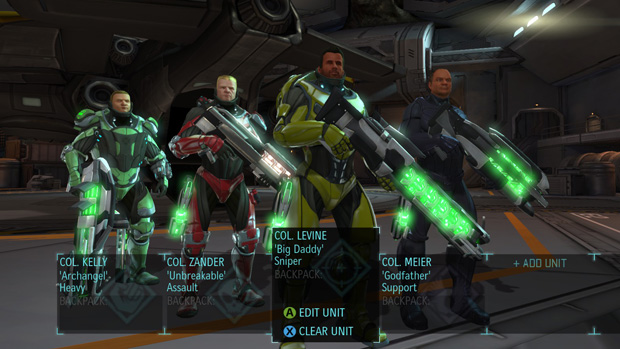 Find out how to play as Levine and other hidden heroes

In dark times, pray upon your gaming gods and you shall receive redemption. Or, at least, Ken Levine.

Irrational Games founder and BioShock creator Levine makes a cameo in Firaxis Games’ XCOM reboot as a hidden hero character. Alongside Levine stand some other notable names, including comic book artist Joe Kelly, Let’s Play YouTube producer Otto Zander, and Sid Meier (who was shown off way back at E3 this year.) To add these heroes to your party, simply name your characters after them — but be aware that they’ll disable achievements since they come overpowered with high stats and unlocked abilities.

Firaxis president Steve Martin, James White, and some other names have been tossed around, but they haven’t worked for me. Firaxis said there are more developers to be discovered, so let’s keep digging!

Leave any discoveries of your own in the comments below and may Levine guide the way through humanity’s greatest struggle!