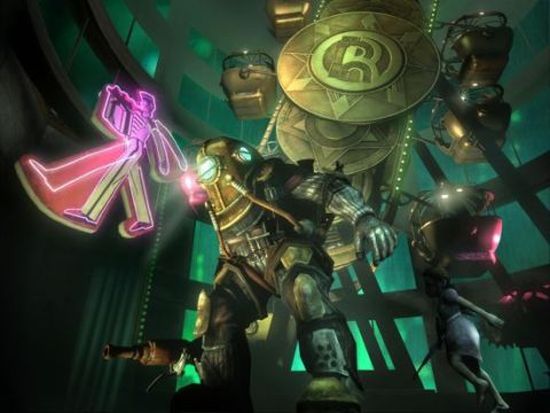 Music 4 Games has an amazing interview up with Emily Ridgeway, BioShock‘s audio director. Reading a piece like this really gives you a feel for the amount of detail and time that went into creating the atmosphere of Rapture. Here’s a bit from Emily about her inspirations:

My own inspiration for the musical direction came from the visuals and the story of Rapture. Those aesthetics were established early on and were very easy to feed off. They already had all the elements the music ended up with – beauty, tragedy, fear, degradation, intelligence. I began creating a collage of music that defined those words and emotions that I felt from the visuals. I collated everything from sections of Holst’s The Planets, to Bela Bartok, to Bernard Herrmann, to Rachmaninoff to John Cage as well as some old Jerry Goldsmith. I would capture movies of the visual environments in Bioshock and dub various types of music over the top to see how they felt. If they worked I’d send them to Garry and show him what I was thinking. He’d usually come back with something that was similar in vibe but not noticeably connected to my reference – which was exactly what I was after.

With such care put into the surrounding elements, it’s no wonder BioShock is on so many Game of the Year lists. To see people putting such care into the music and sound of a game does my heart good. While there’s a lot of good music out there these days, I feel it’s rarely used to its potential within games. The more you find yourself humming bits of unforgettable game music, the more we’ve come past the world of bleeps and bloops (bless it, I love that too) and into a new future for the music of video games.

[Thanks to Greg O’Connor]