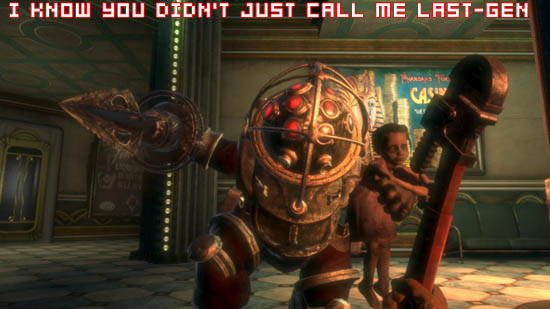 Frontier Developments boss David Braben throws out some big words, saying that he doesn’t think that current generation blockbusters like Halo 3 and BioShock are examples of “next-gen” titles.

“Overall the whole game [BioShock] was beautifully executed, but the game play itself was not ‘next-gen’,” says Braben in a recent interview with Eurogamer. “I found Halo 3 great fun, too, but also a little disappointing – as although there were a few nice touches and improved graphical fidelity, it hadn’t really moved on much from Halo 2 in terms of the gameplay.”

Braben compares these titles to his project The Outsider, a game announced back in 2005. Although there is no platform information or release date information for The Outsider, Braben thinks that this game is a better example of “next-gen” than Halo 3 or BioShock.