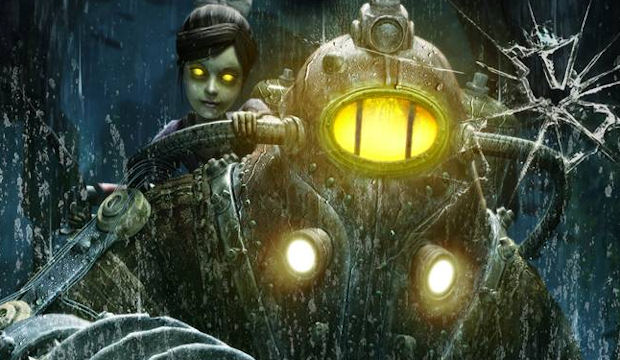 We’ve been chatting with 2K Marin ahead of BioShock 2‘s imminent release. With some big shoes to fill and a number of fans convinced that BioShock 2 should not have been made, we asked creative director Jordan Thomas how the studio is preparing for fan backlash, and how it regards the daunting task of following the original BioShock.

“Well, since the early days, I’ve been candid with the team about the fact that no matter what we finally produced, we had to be comfy with the idea that a lot of people would disagree with our core creative choices — internally and externally,” he explains. “For a lot of people, the idea of a sequel to BioShock will always be an abstract ideal, against which any physical experience (with realistic limits) must pale. It’s the nature of fan enthusiasm, I think, to hold a special place in our hearts for things that are novel, and originality certainly drove the first game’s success.

“Candidly, I think BioShock 2 will foster much more dissent than the first by its very nature — we’re going to see some critics and fans who adore the particular ratio of nostalgia to novelty that we happened to choose, and that’s grand. But there will be others who wanted Something Else ™ so badly that they’ll crack open the backyard shed, gaze longingly at their favorite torches and pitchforks, and march on Novato. We had to make our peace with that over two years ago, scary as it is.

“Now that isn’t to say our game is perfect and we’re these misunderstood creative martyrs — even if we weren’t being compared against that First Love effect, we’d have strengths and weaknesses like anybody.”

So, 2K Marin was ready for the criticism two years ago, but now that we’re a few days ahead of release and much of the backlash has been felt already, what does 2K Marin say to those people who argue against the need for a BioShock sequel? Hit the jump for more.

“Generally speaking, the argument that a sequel to X is doomed can only settled by a group of people who, themselves, were excited enough to return to that mythos that their passion is self-evident in the work itself,” offers Thomas. “You can’t please everyone, but I’ve found that at the end of the day, if you take the problem of familiarity seriously — and try to empathize with the audience — you can offer a compelling experience in any setting.

“Personally, I found Rapture to be an extremely fertile setting for a new adventure — along the lines of something like Silent Hill, subjectively different takes on the same town — provided that the story had a different focus. In this case, a more intimate family struggle against the backdrop of an ideological war interested the team emotionally, and we threw our hearts into it.

“But we were honest with ourselves that our target was a meaningfully weighty new story within the world of Rapture — a fresh perspective to follow Irrational’s epic, but not a reboot. In some ways, that choice was about respect.”

Personally, I’d have just said “We’re making it so shut up,” but lucky for us that Jordan is a pretty talkative chap, yes? We’ll have more 2K Marin comments coming all weekend, ahead of our BioShock 2 review on Monday. Keep your eye on Destructoid for yet more original content!