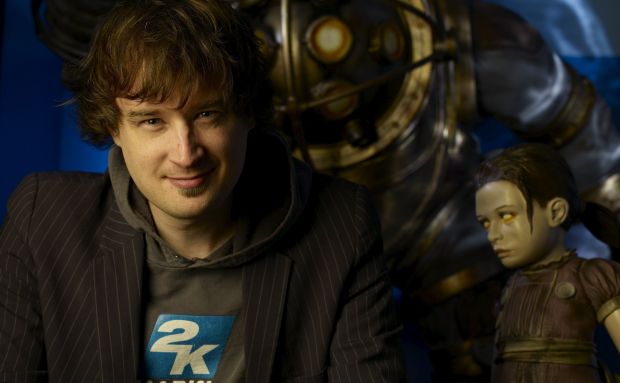 Jordan Thomas, creative director at 2K Marin, has left his post at the company to establish his own two person indie. During his tenure at 2K, Thomas worked on titles such as BioShock, BioShock 2, and The Bureau: XCOM Declassified, before being pulled to assist with the completion of BioShock: Infinite.

Interestingly enough, it was his time working on BioShock: Infinite that helped cement his decision to leave saying, “while BioShock spoke to me, it’ll never be for me what it is for Ken [Levine]. I’ve expanded that legacy here and there, but I could never have created it from scratch. I need to build something that is, to me, what BioShock is to Ken. No matter how long it takes, I have to start now.”

For now, Thomas and his associate plan to work on games that speak to the gameplay tenets and principles that speak most to them, drawing inspiration from games such as Thief and BioShock. Just don’t go expecting any big triple A product. Thomas intends to keep initial projects “as lean as possible for now, in the hopes that we’re not writing checks our asses can’t cash. Indie ambition is its greatest strength and its greatest weakness. And if there’s interest, if it finds an audience, we might expand the vision and explore further dimensions of the same theme with more content producers.”

It’ll definitely be quite some time before we see anything out of the two person team, so for now, props to Thomas for such a ballsy move. Leaving a sure enough thing to pursue your creative passion is scary, so here’s to hoping it all pans out for them.