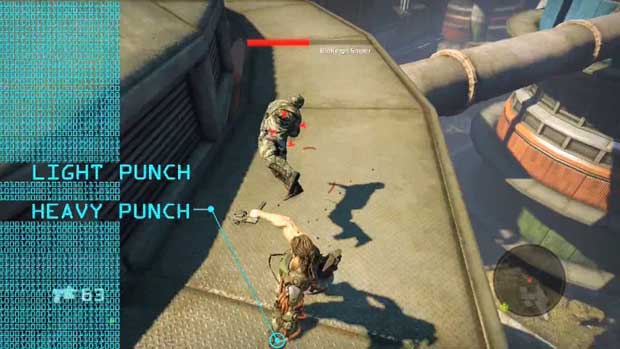 Remember that Bionic Commando demo Capcom teased a few weeks back? Well, it’s coming tomorrow to Xbox LIVE Marketplace. Xbox 360 owners, fire up your Gold Xbox LIVE accounts; we’ve confirmed that Capcom has no plans for a PlayStation 3 or PC version of the demo.

Tomorrow’s demo is multiplayer only, featuring one of the game’s deathmatch battles on the “Vertigo” map for up to ten players. The final game will ship with 16 maps. There is no single-player version demo of the game planned, either, so you’ll have to take your $59.99 into your own hands when picking up Bionic Commando in late May.

Capcom has also released another promotional video for the game, Lab Report 2, detailing the game’s controls. Like hooking on to things. And then smashing them up. And then punching things in the face. Check it out after the jump.