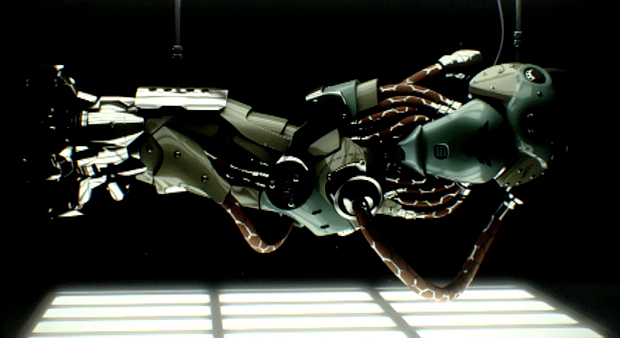 The video opens and closes with shots of a realistic bionic arm, suspended by cords and cables on some sort of brightly lit table. It’s beautiful, in that disembodied robot arm kind of way. After a few seconds of the initial arm shots, you’ll be shown footage from the game. It’s a small slice of the Bionic Commando pie, however I think it gives a good indication of how the arm operates and how it can be applied to various environmental objects.

I’m told that the swinging mechanic takes some time to master, but I’m totally up for the challenge. Hit the break for the video and observe the sexy arm, then tell me that you’re not up for conquering a steep learning curve, too.