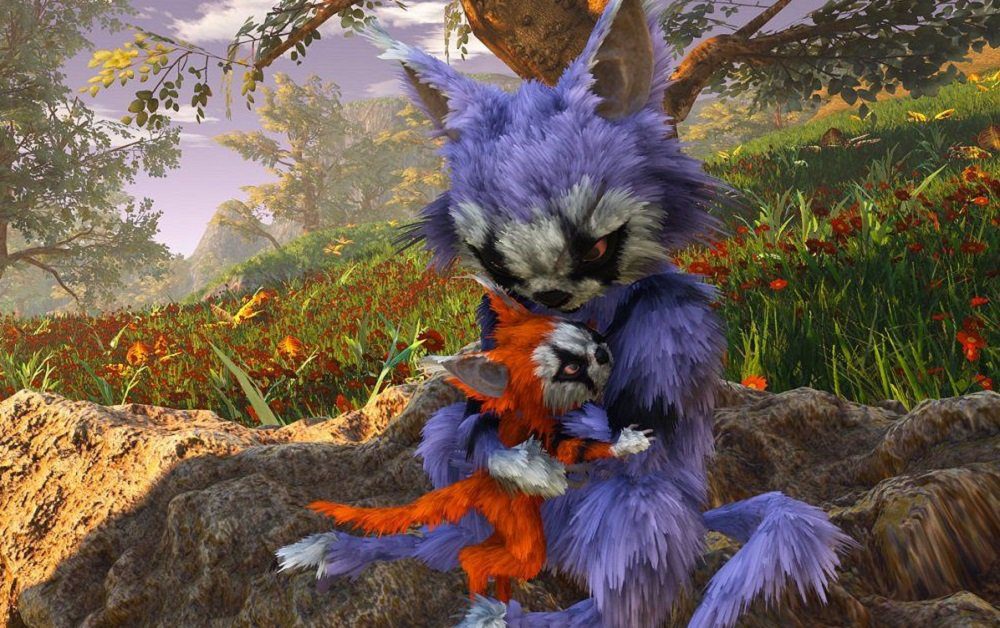 It seems like a decade since we first heard about THQ Nordic’s genetic-splicing adventure Biomutant, even though it has, in fact, been just four short years. But the development cycle is finally at an end and Experiment 101 is ready to release its curious fantasy title on the world.

THQ Nordic has released an atmospheric new trailer focusing entirely on Biomutant‘s huge, beautiful open-world. Said world is in dire straits, however, due to a suffocating pollution that is chewing away at the Tree of Life, the roots of which provide the land with the nutrients it needs in order to survive.

The player’s custom character is tasked with exploring this world, searching out the Tree of Life roots and protecting them from destruction. Sounds simple enough, but each root also happens to be guarded by one of the land’s six tribes, and a little democracy, compromise, or perhaps even violence will be in order if the tree is to be restored to its former glory.

Biomutant‘s hook lies in the high customization of its character, skills, and weaponry via the title’s genetic re-coding system. The player can adjust their physical and spiritual form in order to access new skills and abilities, as well as fighting styles and elemental buffs and debuffs. Crafting options will also allow the player to create new firearms, gear, and even transport (check out the weird clockwork hand in the trailer, for example).

It’s been a long wait for Biomutant, and at present it’s difficult to tell how the final game will turn out. But it certainly looks great and has a highly ambitious concept. If Experiment 101 has successfully managed to marry all of its gameplay threads together, then we could have one of the year’s biggest sleeper hits on the horizon. We’ll find out soon either way when Biomutant hits, May 25, on PS4, PC, Xbox One, and Nintendo Switch.