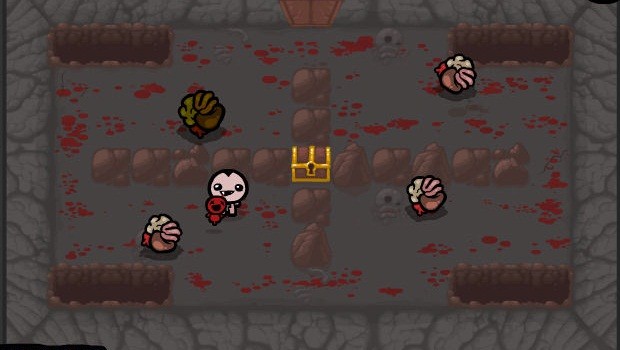 Edmund McMillen has confirmed that he’s planning a full remake of his hit game The Binding of Isaac to be released on consoles, PC, and Android/iOS. Answering questions on his formspring, Edmund says that the new version of the game will feature “a Wrath of the Lamb size expansion added to it + more.”

There were plenty of other juicy tit bits of information given out in the session; Binding of Isaac may appear on the OUYA, how the console version of the game might include way more stuff than the original, and why Edmund isn’t keen on using Kickstarter to fund future titles.

There’s also some tips on getting the best out of the game’s fairly sluggish flash-based engine, which is something that’s stopped me from adding to the 30+ hours I’ve put into the game. There’s no confirmed release date for the Binding of Isaac remake but Edmund has penciled it in as arriving in 2013.

Binding of Issac Remake Coming to PC and Consoles [StickTwiddlers]

Filed under... #android#iPhone#The Binding of Isaac