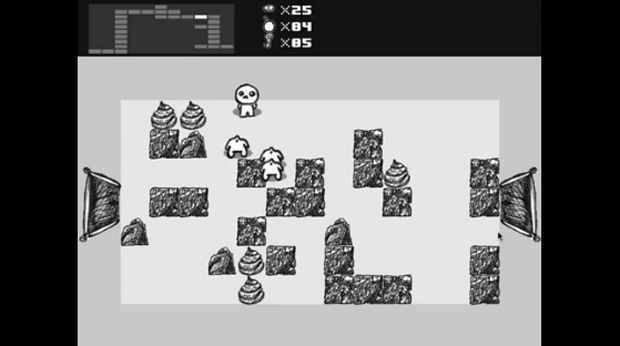 Doodles come to life in this free fan tribute

[Update: The developers of the game just updated the latest build in honor of this post, so check it out]

The Binding of Isaac starts out with the drawings of a sad, talented young person. Later, those drawings appear to come to life, invade a The Legend of Zelda-like world, and start pooping on things. Ever wonder what would happen if those pooping doodles stayed doodles? Now you can find out.

A small team of fans are working to recreate The Binding of Isaac in its entirety using remixed music and hand drawn cut out recreations of the original character designs. It’s looking pretty great so far. You can download a build of it for free here.

A lot of fans of the original cried fowl when Edmund McMillen and Nicalis announced that The Binding of Isaac would be remade for PC and consoles with entirely sprite-based graphics. I wonder how those fans would feel if they were given the option to play the game in paper-vision instead?