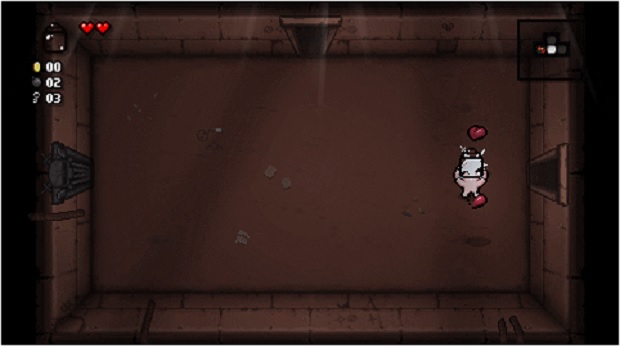 Oh my, this game is going to be big

Some 150 new items are being added to Binding of Isaac for Rebirth, and as the game inches toward completion, Edmund McMillan is dutifully trotting several of them out one at a time to let us know what we can expect. The most recent item shown is the Jar, and it’s for the player that follows the Scout’s Motto — be prepared.

With the Jar equipped in the item slot, players can collect up to four additional hearts in it once their life is completely full. Once they run into a particularly dangerous snafu, the Jar can be used to drop the hearts on the ground, essentially acting as portable health. Maybe it conjures thoughts of how Link traps fairies in bottles in the Zelda games until he needs to unleash them for some much-needed healing.

McMillen says that while the Jar isn’t game-breaking, he’s excited to see what scenarios players can concoct to take full advantage of it. It probably won’t be long before that’s a reality, as he also said that Rebirth is in the “heavy tuning/polish phase,” and is “nearing completion.” Let’s go ahead and get this in our lives as quickly as possible, okay?

The Jar has appeared in the basement! [Binding of Isaac]