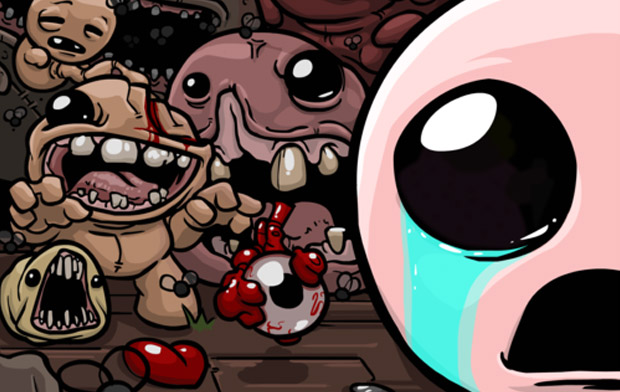 Potential for other platforms as well

Yesterday was a good day for fans of The Binding of Isaac, as we learned that the remake of the game for consoles will be getting a new 16-bit look and local co-op support. There were a number of unanswered questions, however — designer Edmund McMillen has since responded with further details in a blog post.

Full-time development on The Binding of Issac: Rebirth will begin immediately next year with Nicalis handling the PlayStation 3/PlayStation Vita and PC ports. There will also be an iOS version “if it’s not garbage” and the publisher is in talks with Nintendo and Microsoft.

Rebirth will cover the core game, the Wrath of the Lamb expansion, and “another Wrath sized expansion over the top that will feature a new final chapter, ending, two new playable characters and tons more items, rooms, enemies, bosses and the like.”

As speculated, there won’t be support for online co-op because, according to McMillen, “that will just extend the release by another forever.” He’ll be the lead designer, “making sure things are as perfect as we can make them and as true to the original as possible.” You can also expect new music from Danny B, in addition to some obligatory remixes. I’m feeling pretty good about Rebirth right now. The first screenshots can’t come soon enough.