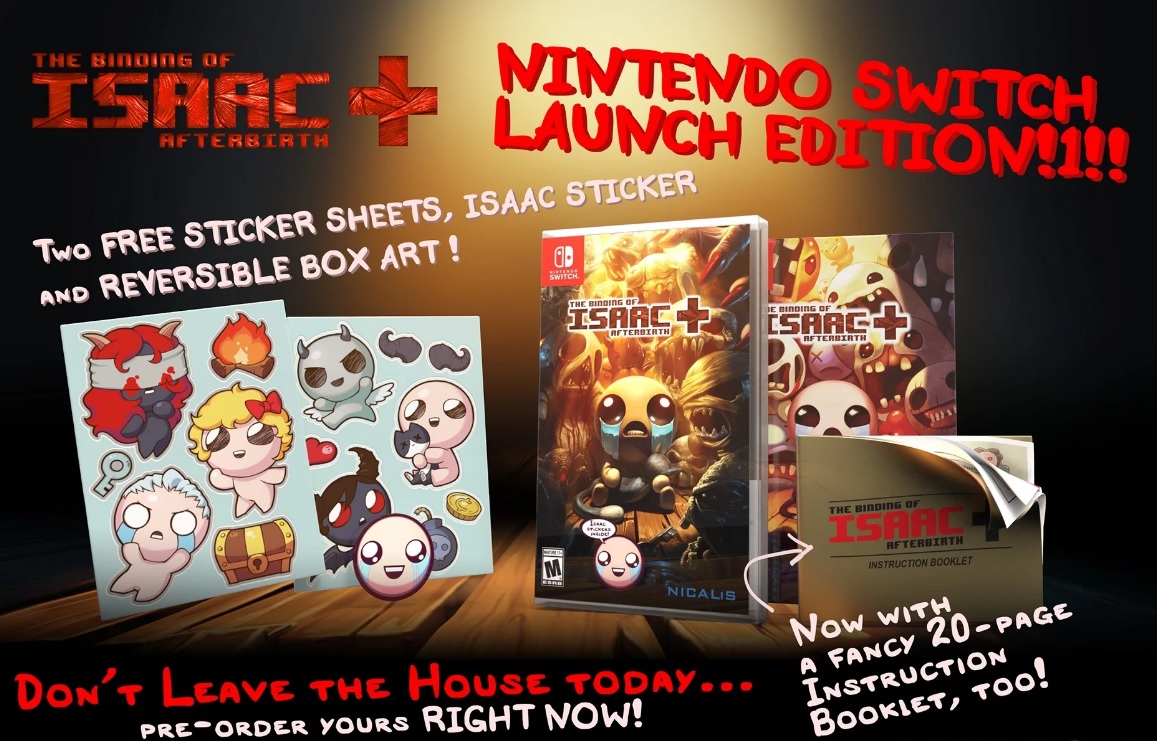 At retail and on the eShop

After a launch announcement and a subsquent delay, Nicalis has announced that Binding of Isaac: Afterbirth+ will hit the Nintendo Switch soon enough.

It’s done and dusted for a March 17 release, following a tweet that shows Nicalis packaging the box with the manuals, something that hardly any games have these days, and looks especially odd in the huge Switch box next to the tiny (foul tasting) cartridge.

It will come with some sticker shock though — $40, even on the eShop. It’s currently $35 in bundle form on Steam for Isaac OG, Afterbirth, and Afterbirth+, but with frequent Steam sales you can nab it for much less on PC eventually.