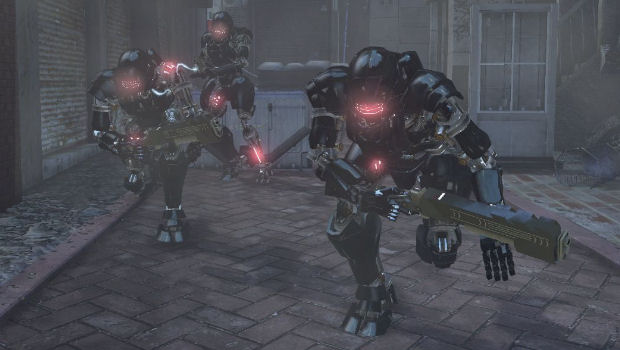 Binary Domain may be the most grey game I have ever seen. There’s some interesting design at play, especially with the game’s various robots, but the actual scenery is as drab as they come. It’s not even a pleasant grey (such shades exist), but a washed-out and dreary one. This is one of several issues Binary Domain really needs to fix before it launches.

This game holds a lot of promise, but as I noted in my E3 preview, it also runs a considerable risk of becoming another Mindjack. The total lack of visual appeal in spite of some rather cool character design is indicative of the kind of issues this game faces.

I’m sounding pretty harsh, but it is because I have a soft spot for this game and would like it to achieve its goals. I certainly hope it does well.