2014 was a phenomenal year for gaming. I don’t think there was a genre that didn’t have a game I absolutely loved. Now, the truth is that I’m easy to please; I could never do reviews. I see the fault in games, but I can almost always look pass that to find the silver lining hidden underneath. The list below was very, very difficult for me to put together. I wanted to do a typical “top ten,” but I couldn’t seem to narrow the list down. What I ended up with was a “top eleven,” with a whole bunch of honorable mentions (and even those had to be cut down, which was difficult as well).

These games gave me the most joy this year, and I hope at least some of them found their way not only into your hands but into your hearts. 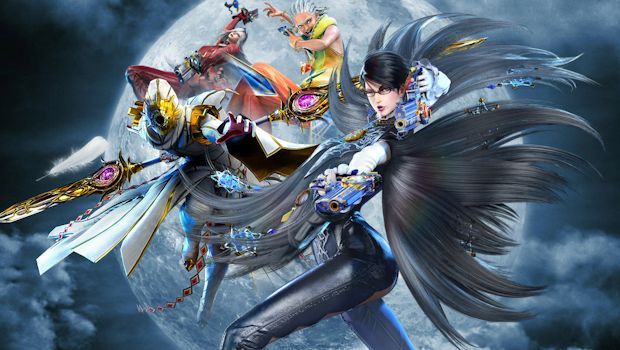 Bayonetta 2 takes everything that was great from Bayonetta 1 and cranks the dial to 11. The sheer amount of bat-shit, insane action that this game throws at you is nothing short of exhausting (in a good way).

Platinum Games has a knack for crafting action games that leave the player wanting more, and Bayonetta 2 had thousands of people everywhere, including me, playing until the wee hours of the morning. 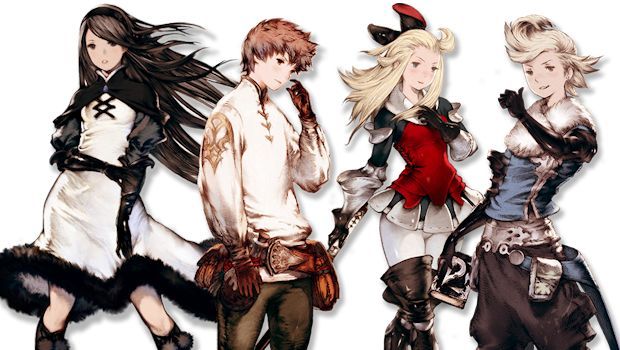 When I was a teenager (a long, long time ago), my genre of choice was RPG. From Ys to Dragon Quest, and from Shinning Force to Phantasy Star, if it was from Japan, and had a story that could easily last 100 hours, I was hooked. Over the years my tastes have changed. I grew out of the JRPG/RPG. Fast forward a whole bunch of years, and here I am playing Bravely Default until I’m literally falling asleep (because I would play until 2-3 in the morning).

Bravely Default’s world, characters, and story drew me in and held me until the end. I am beyond excited to take a trip back into Luxendarc to see what evils I can confront. 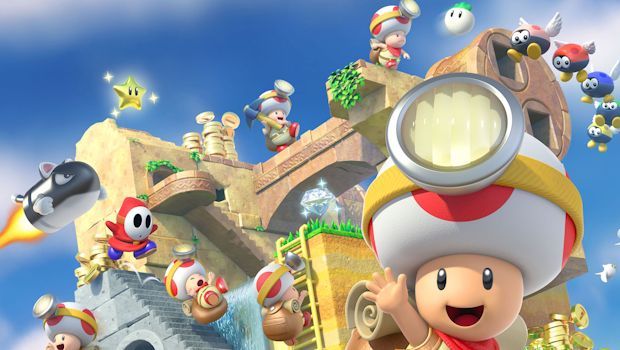 I knew I was going to fall in love with Captain Toad: Treasure Tracker the minute it was revealed to the world. The Captain Toad levels in Super Mario 3D World are my family’s favorite part of that game.

Everything about Treasure Tracker just oozes charm. Even when the game ramps up the difficulty – and it definitely gets difficult – I couldn’t wipe the smile from my face. 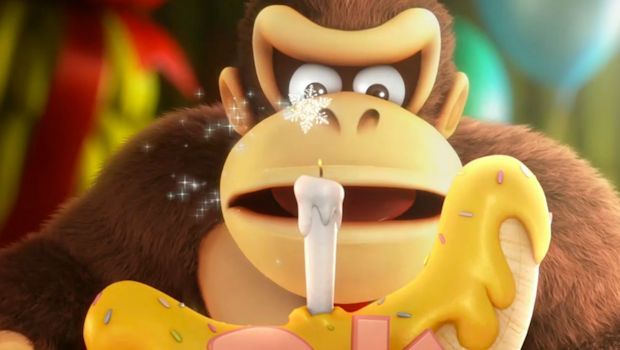 This is platforming bliss; the perfect case study on how to do the genre right. Tropical Freeze absolutely belongs on my GOTY list. 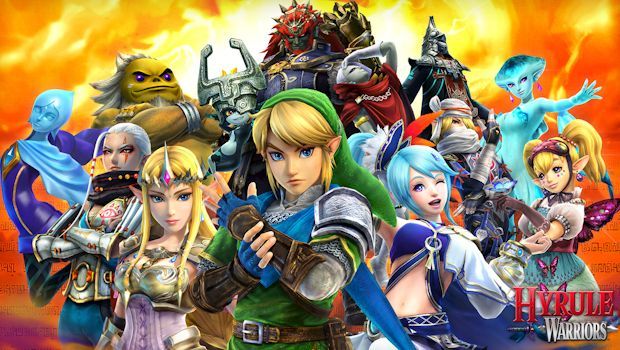 I’ll be the first to tell you that I am not a fan of the Dynasty Warriors games. I’ve played a few, never to completion, and I’ve had some fun with them. When Hyrule Warriors was announced, I was skeptical because of my past with Dynasty Warriors. However, what I ended up experiencing was one of the best games this year.

The sheer amount of fan service this game throws at you is incredible. Even as a non-fan of the DW games, I found myself wanting to press on, wanting to explore the map and clear everything out, wanting to see what was going to happen next, and what new goodie from the Zelda universe was going to be thrown my way. 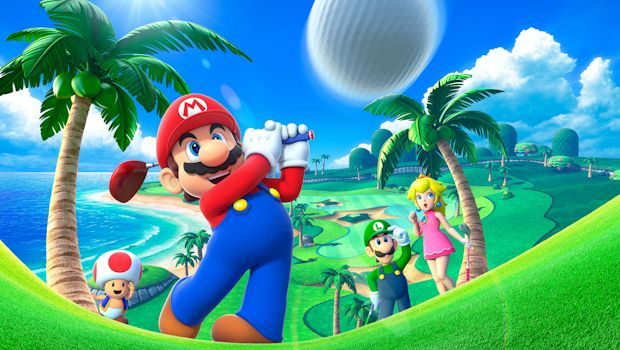 Without a doubt, my most-played 3DS game all year. I’ve always been a fan of golf sims; I’ve been playing them since the old Arnold Palmer days on the Sega Genesis. The premise is simple: it’s golf, but with a very unique Nintendo feel to it.

The end product is something that I will continue to play throughout the years. Oh, and did I mention the multiplayer? Because it’s without a doubt one of the highlights of this amazing game. 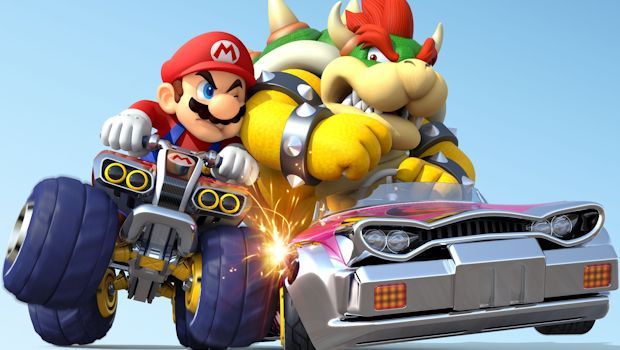 There are two things you can count on when it comes to a first-party Nintendo game. The first is quality. When Nintendo puts something on the market, it does so when the game is ready for mass consumption, and when it hits, it shames most other AAA games. The second is the fun factor.

Nintendo knows its audience. The company knows what we want and how to deliver the goods. With Mario Kart 8, you’re not just getting an extremely polished game, you’re getting a game that will have you smiling and laughing, track after track (well, unless you fall victim to the blue shell).

Mario Kart 8 deserves to be at the top of every GOTY list this year; it’s the epitome of an AAA game done right. 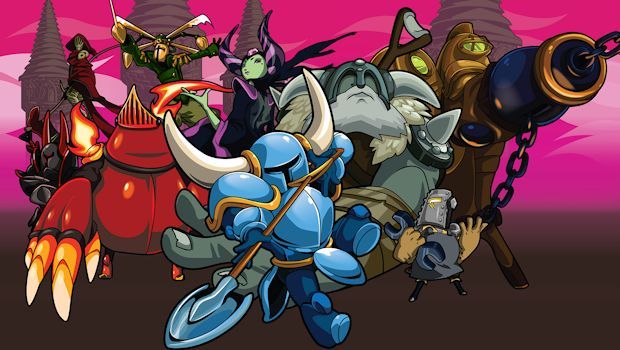 I often wonder what it would be like if we could bottle up some of the best devs in the industry today and shoot them back in time to make games for classic consoles. I think I found at least one answer to that question with Shovel Knight. It is everything I loved about gaming when I was growing up.

The levels were challenging (by design), and the boss fights were tough, but fair. The music had my ears exploding with joy and the graphics had me back on my couch and fourteen years old again. 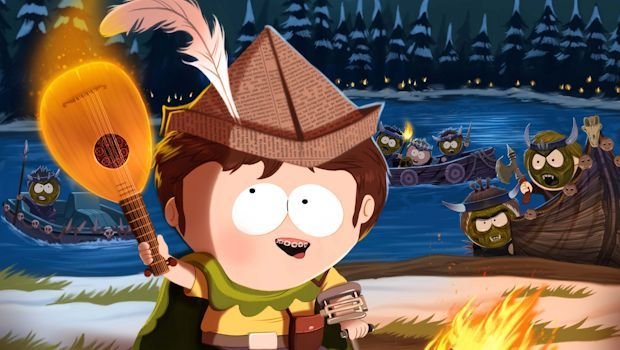 South Park: The Stick of Truth

The Stick of Truth is everything I want from a licensed game. All the characters are perfectly voiced acted. All the locales that you know and love from the show are in the game, fully realized and ready to be explored.

All of the insane jokes and over-the-top, mature-rated humor are included, and there is honestly nothing more I could have ever wanted from a South Park game. 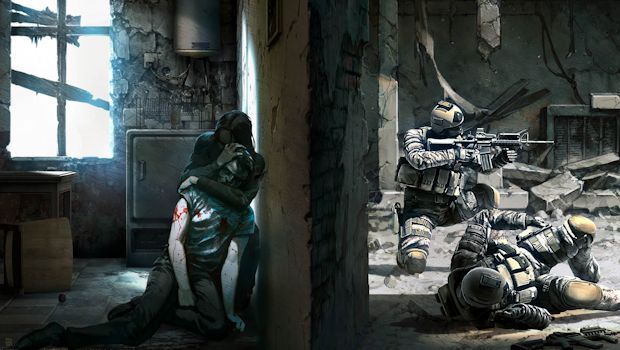 This War of Mine

This game took me totally by surprise. I was expecting an outlandish, action-centric game involving some crazy war. What I got was a game that had sunk its teeth in me so deep I couldn’t step away from my computer. Every action I made in the game had a serious consequence, like depression, sadness, fear, or anger. I found myself utterly engaged in the story.

Every playthrough became more difficult. I was more careful when scavenging. I found myself having a hard time stealing from certain people in the game as I genuinely felt bad for them. Most of the time I left them alone, even though I knew the survivors I was harboring at my safe house were going to suffer if I came back empty handed. This is what makes a great game to me: when it can make me sit back and reflect on the actions I have made and have me feel genuinely bad for my decisions. This War of Mine will stick with me for years, and it definitely deserves to be experienced by everyone. 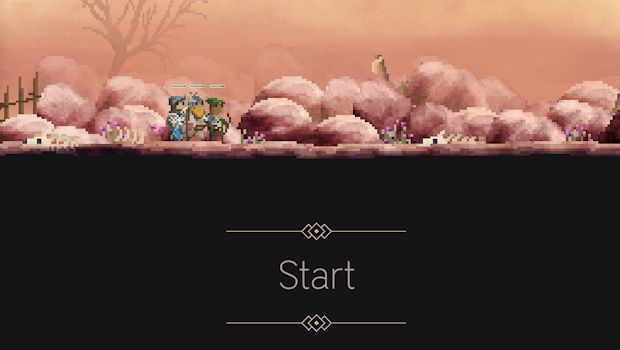 I’m a sucker for word games. I’m also a sucker for RPG games. When I found out Words for Evil was a word game that had RPG elements in it, I was sold. If you’ve ever played PopCap’s Bookworm, you’ll feel right at home with in Words for Evil. The object of the game is to create words from a randomly generated field of letters. It’s an extremely simple concept: each word causes damage to the enemy you’re facing. This damage could be physical or magical, depending on whom you have in your party at any given time.

Words for Evil will be a mainstay in my gaming rotation for a while to come, and that to me is the sign of a great game.