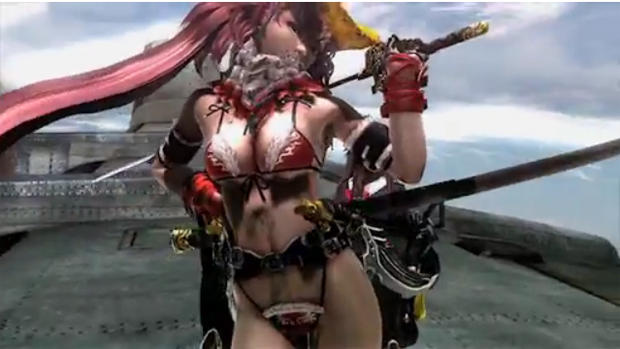 D3 Publisher has released the trailer announcing the impending arrival of Onechanbara Z Kagura for Xbox 360. The zombie-slashing Cheesecake Factory, Aya is back for another round and you can see her gearing up for combat against a variety of vicious beasts. There are also gratuitous flashes of bare flesh because this is Onechanbara, after all.

The last Onechanbara had a lot of problems but the setting is so kooky and weird that I’ll still give it another chance if it looks like some lessons were learned. I just can’t resist the strangeness of it. Of course, that assumes D3 even wants to bring it to the west at all. Here’s hoping.