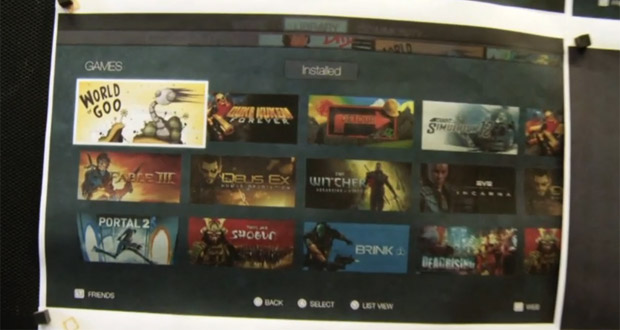 The latest episode of GameTrailers TV is focused on Valve, and just like that, we finally have news about — no, not Half-Life 3 — rather, that mysterious Big Picture mode for Steam. Next month, “you’ll be able to hop into a beta, click a button, and see Steam reformatted for your TV and usable with a PC game controller or a mouse and keyboard, if you want to play that way,” revealed Valve’s Greg Coomer.

“There are some games that are better made for a controller input than others, so those will be the best experiences in the living room, but everything will be there … you don’t have to give up all your favorite stuff once you walk from the den to the living room.”