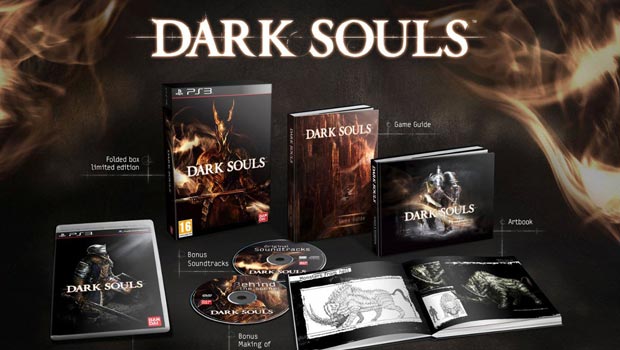 Demon’s Souls featured what was arguably one of the best soundtracks of 2009, and after playing the demo build of Dark Souls at E3 this past June I was pretty certain I was hearing the return of composer Shinsuke Kida with his powerful orchestral score.  As it turns out, I was wrong, and a rather big name composer from Japan took over composition duties for Dark Souls and even managed to bring in a familiar vocalist in the process.

The man responsible for the game’s soundtrack is Motoi Sakuraba, one of Japan’s most prolific game composers known for his progressive rock influences and his soundtracks for the Tales franchise, Mario Sports, Valkyrie Profile, Star Ocean, and many other titles (just check out his VGMdb profile).  Based on the samples we linked to a few weeks ago, however, it’s interesting to hear how he continues with the same style established by Kida instead of relying on his progressive rock background.  His work with a live string ensemble and choir is impressive, and he even brought along NieR vocalist Emi Evans to sing on the ending theme.  I can’t wait to hear how this all works in the game!

Are you looking forward to Dark Souls next week, and does this news have any sway as to whether or not you’ll spring for the limited edition that contains the full 72-minute soundtrack?