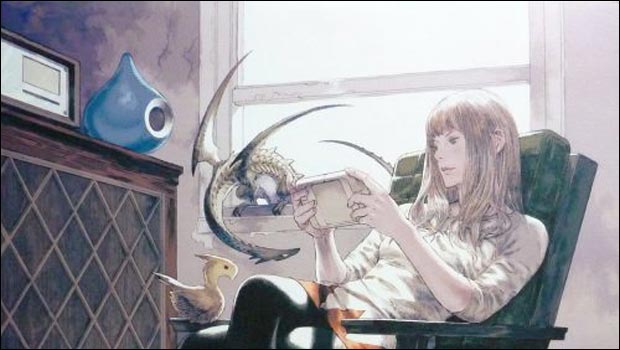 Square Enix Music noted in a recent interview over at OSV that they had a lot of plans to celebrate the music of the Final Fantasy series before the franchise’s 25th anniversary is through. There have been compilation discs and the VII-XI Chips albums announced since that time, and most recently, Square Enix unveiled a limited edition release titled Final Fantasy Vinyls.

The collection will apparently span five records, featuring 30 analog remastered tracks and a booklet supervised by Nobuo Uematsu. With Uematsu’s involvement, you can probably guess that this will feature a lot of classic Final Fantasy music, although with 30 songs, this is going to be a ‘best of’ selection.

Final Fantasy Vinyls will be released on November 11, 2012 for close to $150 USD and can be pre-ordered at CD Japan for those who are interested. It will come with a download code for mp3 versions of the music, so you can count on this being mainly a collector’s item.

Have you caught on to experiencing game music on vinyl? While you may not be playing these on your turntable given the limited selection, can you imagine some nifty artwork to make these a great display piece for your wall?