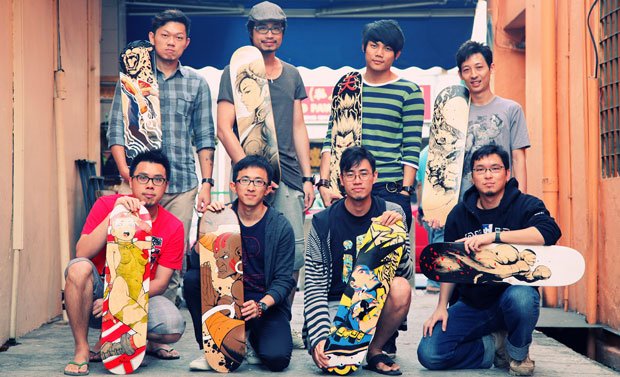 Sometimes, I feel like gamer-organized charities are an attempt to karmically balance out all the negative energy that’s associated with the fandom. All those harsh words in online deathmatches and fights between fanboys that escalate into death threats have to be made up for somehow.

Whatever the reason, Capcom had several artists design Super Street Fighter IV: Arcade Edition skate decks to be auctioned off for Music for Relief’s Japanese tsunami relief fund. Things are still pretty bad over there, and rebuilding is slow, so hopefully these skate decks pull in some good money. Plus, look how awesome some of them are! I know that if I was a skateboarder, I’d want to be rocking that Dudley deck, because Dudley is the man.

Consider heading over to CharityBuzz and placing a bid!