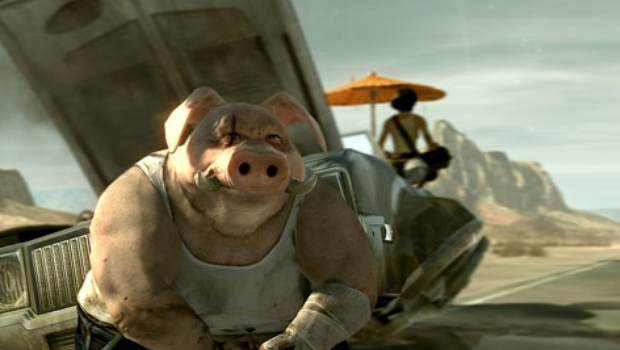 Michel “I make lovely games” Ancel has reignited hope for Beyond Good & Evil 2, claiming that it is definitely still in production, but that it will not be coming to Xbox 360 and PlayStation 3. Instead, it’s pointed at the next generation of consoles.

“We are in an active creation stage and at this moment we are only focusing on the game and making it the best game that we can,” he said in a video interview. “I can say that it’s a very ambitious game and we need some tech to achieve that ambition. We focus on the game. We create it first, then we’ll see what can run it. We don’t say 2013 because we don’t know when it will come. We’re working to create a great game and it needs more tech.”

Ancel has said in the past not to expect the game this generation, but Ubisoft’s stony silence on anything regarding the sequel has made its existence doubtful in any situation. It’s nice to know the game’s still on the cards, though I’ll believe in it when I can write a story about the game without using images from the same old teaser trailer we saw ten thousand years ago.

Filed under... #Beyond Good and Evil#Hardware#sequel#Technology#Ubisoft