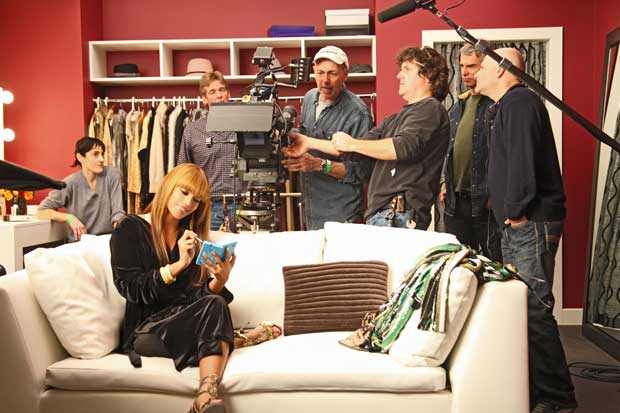 You know who’s style savvy? Beyoncé, that’s who. Did you see her at the Grammy’s? Sasha Fierce got fierce all up on the mic, covering an Alanis Morissette song of all things. And then she threw Elton John into a hole and he turned into Lady GaGa who then covered a Pink song while suspended from Star Wars sheets.

When that’s not happening, Mrs. Knowles is shilling Nintendo’s Nintendo DS and DSi title, Style Saavy. You know, the clothing game, designed specifically for Destructoid’s demographic. Which is why I’m writing about it, obviously.

Here’s some info for your brain’s Useless Videogame Fact Bank: Designs from Beyoncé’s real-life clothing line, Deréon, will be available as DLC in Style Savvy in the coming months. Now go on, impress a middle school girl with that fact. Just don’t tell them you heard it from me.