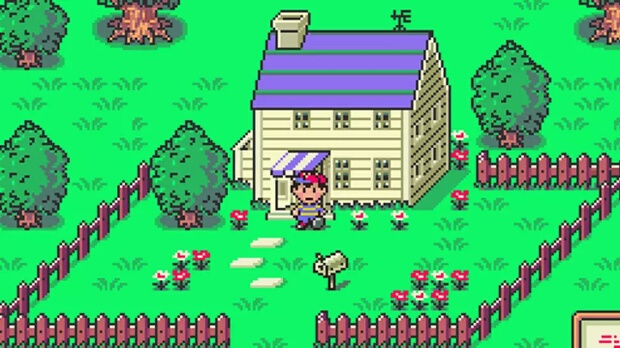 [For our next Bloggers Wanted promotion, Dengar tells us how EarthBound revealed more and more to him starting from his youth and into adulthood. Keep on truckin’ with this month’s theme, folks, there’s more to come! – Pixie The Fairy]

I had found the game at a Walmart, in a bargain bin for fifteen to twenty-five dollars. I remember that being part of what made EarthBound stand out as I was a kid without a lot of money, but the box was big, colorful and the clay figures on the box were really unique, too. The box also mentioned EarthBound came with a player’s guide. Getting a free guide with a game was an attractive bonus because they were so expensive.

Before spotting it at the store, I remembered seeing tips for the game in Nintendo Power and had just sat, dumbfounded at the images. The protagonist, Ness, was just a regular kid, in a regular hotel, getting dollars instead of gold coins or shiny rupees.

Ness and his world were normal. I had played as a knight, a wizard, an adventurer and other heroes, but the Mario games had always appealed to me. Mario was an ordinary-looking guy, too, but that was what made him different. I had also tried out some RPGs previously when my friends would actually let me touch a controller, but I had never finished an RPG on my own.

I had recently gotten a Super Nintendo, though, and blasted through some Super Mario games during my winter vacation. I wanted something new to play. I needed EarthBound, right then and there!

My mother was rather strict, but the rating and art won her over easily — though she did slightly question my purchase when I started the game that evening and shr overheard the creepy sound effects. She worried the game would frighten me, but I was unphased. Later, I met several people who started the game at night but really couldn’t get past that first part because they were too scared.

I was hooked. I even sort of got my family into the game. I showed them the artful player’s guide, which had a creative spin on sharing gameplay information and also the game’s soul, with little blurbs about the setting that set the tone for a young gamer like myself.

EarthBound’s world captured my imagination. In fact, when my little sister gave me some sort of fever, we were prevented from playing games as we should have been resting, but we built a very primitive recreation of a city from the game, Fourside. I pretended to be in the world of EarthBound with my sister, even though I was in middle school. She had so much fun that when we got better she started the game too! So did my brother, who got farther than my sister, but I don’t think he ever finished it because I may have deleted his game. Hopefully some of the EB swag I’ve given him made up for that. 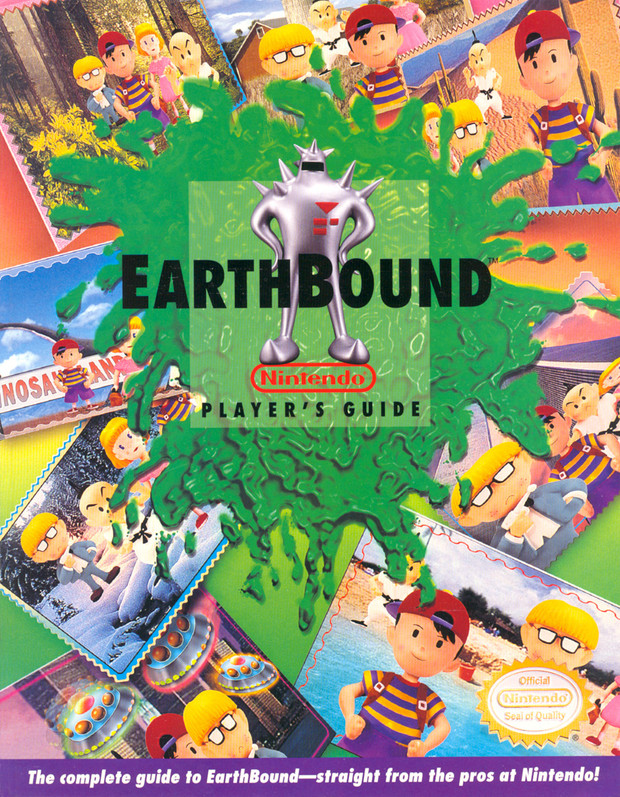 I didn’t get 100% completion on my first playthrough, though. I’d finished the game and got several friends to play it as well. We all loved it and even played it again and again, trying to get certain drops we missed. New games would come out and we’d play those, but every summer I found myself going back to EarthBound, trying to get new drops.

This led to more discoveries regarding the game. I had seen Monty Python for the first time in middle school. Wasn’t that theme kind of from the naming tune? Yup, it was. Onett? Twoson? Threed? Fourside!? There was a joke here! As I got older, more things stood out to me, like the Casey bat, Lier X Agerate, Lardna… the puns and references were brilliant and scaled well as I grew up, helping foster my love of writing and pop culture references.

Then I met a guy who would eventually merge his mailing group with a group that lead us all to Starmen.net. I was blown away by how much these guys knew about EarthBound; not only in English, but changes from the original Japanese game as well! I had never heard of localizing games before, but Tomato really laid it out for me and taught me a bit about it. 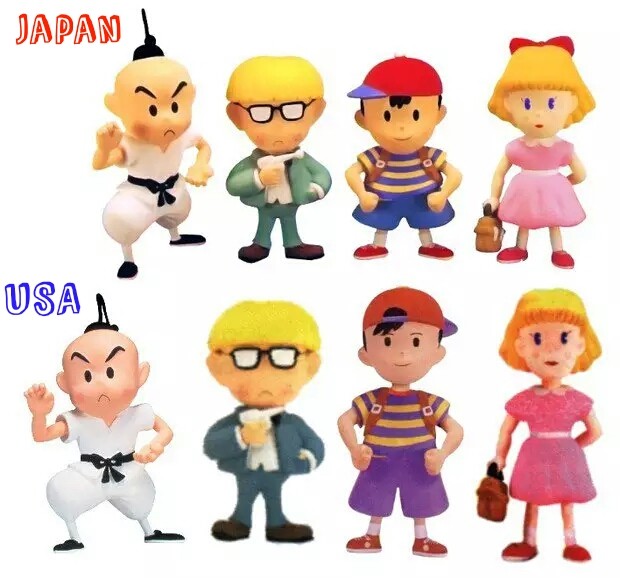 When I started learning Japanese, I once again turned to EarthBound, which is known as Mother 2 in Japan. I had heard about the changes between the Japanese and US version, but the experience was different. While I didn’t finish the Japanese version, I remember not liking Paula as much. As I’d later find out, she was rewritten to be stronger in the US release. She was still feminine, but stronger than her Japanese counterpart.

By now, I was in college and still playing EarthBound every once in a while. I was still learning more about the game, but in a different language and through a different cultural context.

Although I appreciated the original Japanese release, I must admit that the US localization was really what validated my investment in the game as a child. In my teen years, replays of EarthBound would entertain me with American and British pop culture references, later turning me on to learning Japanese and, as an adult, I could appreciate the localization of the game. The differences were enough that I knew I could get something more from EarthBound as I continued to play it in the future. 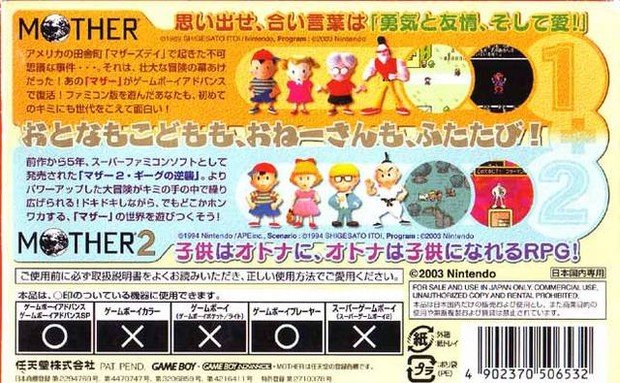 Although I’ve bought the game for my Wii U, it was mostly out of support for the Mother series. As an English teacher in Japan, I’ve allowed my students to play some games for their English Club. One day, only one student showed up and I gave her various options of games to play. She chose EarthBound. Her English wasn’t the best, but Ness is well known from Super Smash Bros. and other students would later remark that Mother 2 looked visually similar to Pokémon, which many of them grew up with.

Seeing my English Club student pick up new words — such as “nope” also meaning “no” — and enjoying the game’s setting (“I like my bed clothes!”) makes me feel like a proud father, passing the game on to another generation.

They may not finish the game, but seeing them enjoy it and pick up new things from their first play through… it takes me back. It reminds me of all the lessons I’ve learned each time I’ve played the game. EarthBound is a game that keeps on giving.