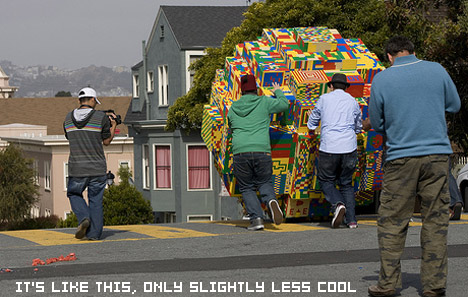 LEGO Indiana Jones: The Original Adventures has been out for quite some time now, but that fact didn’t stop Traveller’s Tales from releasing a demo on Xbox LIVE today.

The demo itself weighs in at 619.95 MB and includes one playable level, “The Lost Temple” from Raiders of the Lost Ark. Yes, that means you’ll be able to control an Indy minifigure as he runs from one of the most iconic boulders of all time.

It’s a real shame there’s no online co-op for LEGO Indiana Jones. I’m not sure where the rest of you stand, but that’s one feature that would’ve made me buy the game at its current price, rather than wait until it receives a price drop.