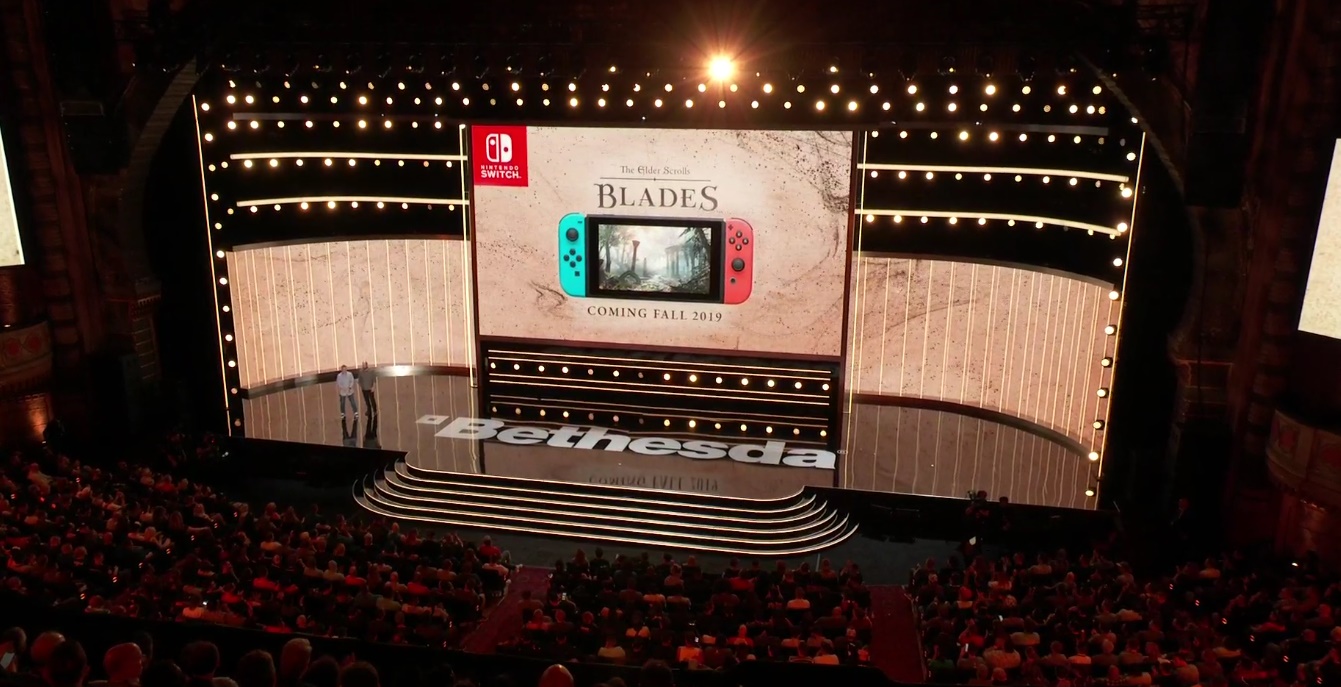 Revealed at their 2019 press conference

Bethesda saved the best (?!) for first during their E3 2019 press conference: Fallout 76. As Howard notes the studio got a “a lot of well-deserved criticism” during its “difficult launch,” which is right up against recent comments he’s made about the game. BUT ENOUGH ABOUT FALLOUT 76.

He quickly shifted gears to Elder Scrolls Blades, which is getting more content with all-new jobs, a custom jewelry system, a new dragon questline, and a solo arena system later this year. One huge update is actually coming tonight.

Oh, and it’s coming to Switch this fall! It’ll still be free when it does. Keeping in line with Bethesda’s cross-play or nothing system, it is cross-play and will have cross-progression. Nice!