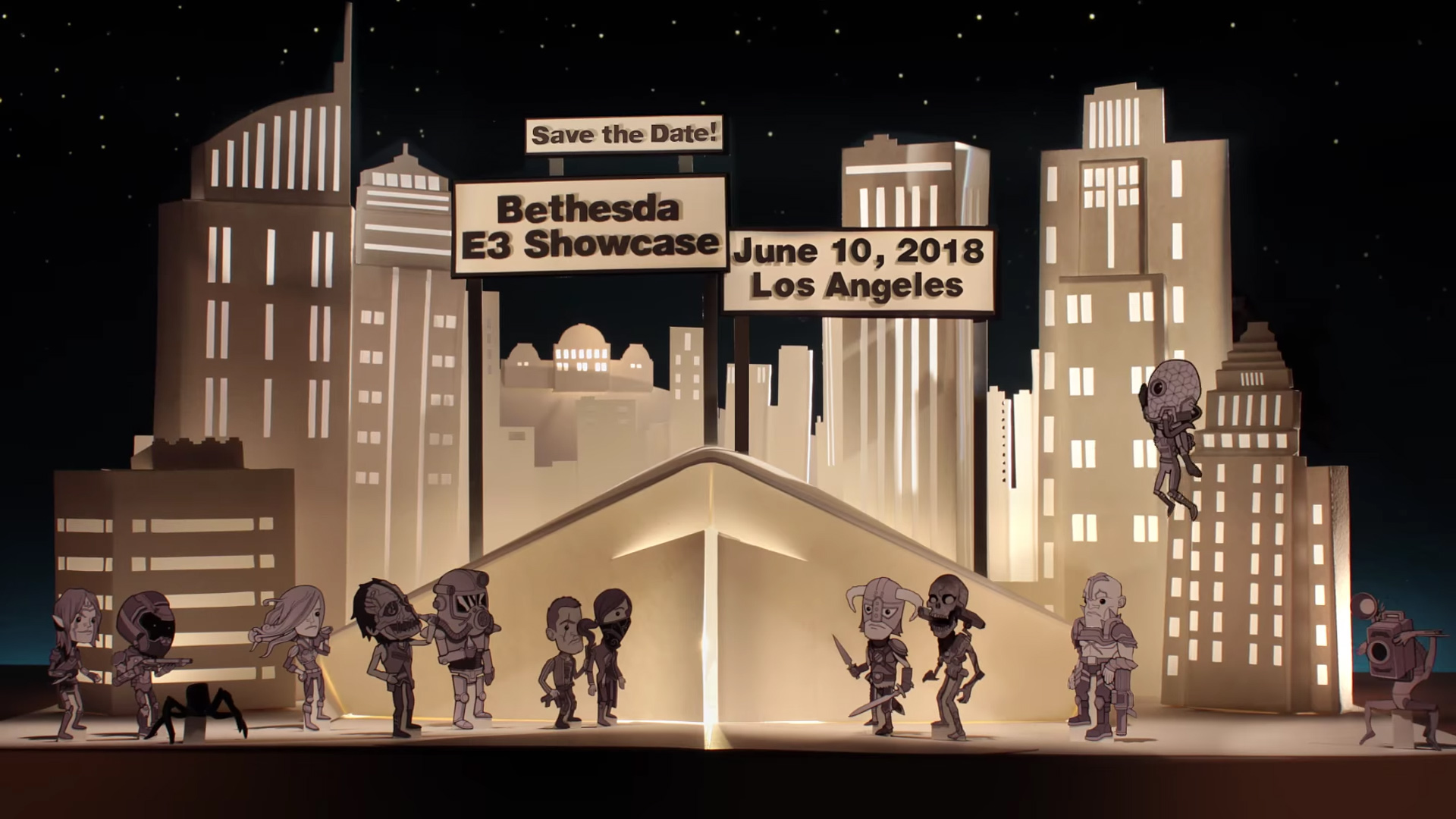 Bethesda has settled nicely into the Sunday before E3 for its press conferences and I think I’ve finally come to terms with that creep into the weekend. For E3 2018, the showcase is set for June 10 at 6:30pm Pacific. You’ll be able to follow along on Twitch, YouTube, Twitter, and Facebook.

Last year, the showcase was all about building on Bethesda’s existing games. The company announced VR versions of Doom and Fallout 4, expansions for Dishonored 2 and The Elder Scrolls: Legends, and The Evil Within 2. This year? We’re hoping to see something new from Bethesda Game Studios.

I’m also still holding out for more Doom. A sequel, an expansion, whatever — I’ll take it.