How Dishonored, Skyrim and Fallout find success where none should be

The game industry tells us many things in order to justify its various activities. Multiplayer is added to so many games because solo experiences are dying. Online passes are needed because used games are killing creativity. Creativity is dead because new intellectual property is too difficult to establish.

Despite these claims, there is much evidence of success to the contrary. Single-player games that sell well, releases that survive without scads of launch day downloadable content, and companies that are doing just fine without having to wage war on the used game market.

In my opinion, Bethesda has been one company that really goes against the grain. As a publisher of what’s called “AAA” games, the company has had success with such games as The Elder Scrolls V: Skyrim, Fallout 3, and Dishonored — each game bucking “AAA” trends in some way or other.

Why, exactly, is Bethesda able to get away with it? 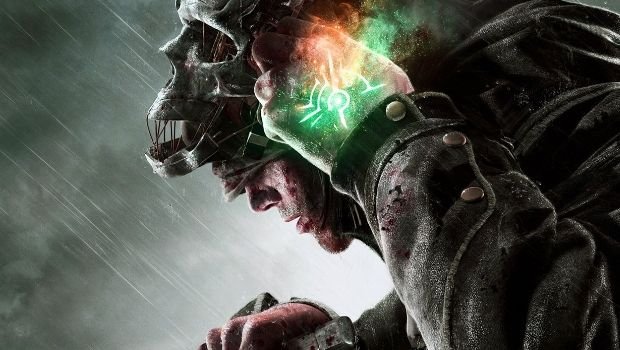 “I’m not sure I know the answer to that,” confessed vice president Pete Hines in conversation. “It might be that we were simply set up as a different type of company. Our origins were as a boutique-type developer, not a massive publisher with huge overhead and thousands and thousands of employees. We come at things from a different perspective, having gotten into this as a developer that published its own games.”

Though it may have started small, Bethesda’s projects these days are large in scale, and as risky as any release from the likes of Electronic Arts or Ubisoft. Despite this, the company has enjoyed major success with games that other companies are too afraid to touch. Dishonored, if we believe the words of Bethesda’s peers, should have failed. It’s a brand new IP, a single-player game, without an online pass to protect it from the scourge of GameStop. What’s more, it’s a linear experience, with a running time some would call too short to maintain player interest.

And yet, the game sold quite well, with Bethesda going so far as to call it the beginning of a new series.

Hines admits there is some truth to the belief that it’s difficult to sell a game like Dishonored this late in the generation. There is a gamble at play, but ultimately, it can be even less of a risk to just let passionate developers work on the projects they want to work on, rather than force them to do something else.

“There is certainly some truth to the premise. It is more difficult to establish a new IP than it is to go with something people know. It adds risk. And when you’re talking about development budgets as big as they are now for these releases — plus all the support that goes along with that — from QA, Sales, Marketing, Legal, Finance — a lot of people are gonna spend a lot of time working to make that game a success.

“In listening to the kinds of comments you’re talking about, what I really hear is people talking about the risk. You’re taking a bigger chance that all that work by all those people is going to pay off. And going with an established IP helps reduce that risk and better ensures success.

“With a game like Dishonored, you’re talking about a talented, experienced developer like Arkane, with two industry vets — Raf and Harvey — leading the project, and they’re making the kind of game they know and love; a game they’d always wanted to make, but never had the chance,” Hines continues. “From my perspective, it’s less risky to let them do that and put that passion in to something they believe in, even if it’s new IP, than to tell them to go make a game based on some IP we own that they don’t have that same passion for. Or if we made them include some kind of multiplayer because that’s what market research says we need. But that wasn’t the game they wanted to make. Talented people making something they love and believe in is where, I think, success happens.”

But surely, single-player gaming is dead, no matter how passionate a developer is. Why is Dishonored surviving in the face of that stark reality? The Bethesda camp believes it’s not so much reality as it is people skewing the narrative based on their own interests.

“It’s important to note that quite a few people who tend to say those kinds of things do so because it’s not what they’re doing,” explains the VP. “No publisher or developer making single-player games ever comes out and says single-player games won’t work. Guys that do mobile games predict that console gaming as we know it is dying. People that do console-only games proclaim that PC is dead. Funny how people don’t predict failure for the thing it is they’re making or doing. They make those statements to build up or defend what they’re doing and tear down what they aren’t doing.

“Or, they just don’t know what the hell they’re talking about.”

“Single-player games aren’t going anywhere. Bethesda Softworks has been making single-player games for all of our 25+ years in the industry. We’re still here, we’re still making them, and people are still buying them. Dishonored was single-player and people really loved it, and it sold well. Skyrim was a complete success. A single-player RPG. There’s practically a cottage industry dedicated to talking about how that isn’t possible or why that won’t succeed. Console fans won’t get a game like that. Has to have multiplayer of some kind. PC gaming is dead. It’s gotta be a shooter. RPGs are a niche. Etc. 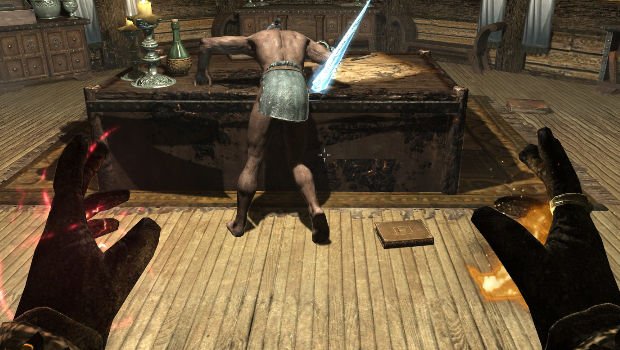 A quality solo experience can be achieved with dedication and resources, but often the narrative campaign has to share space with a multiplayer mode, often suggested to be crucial to any game’s success these days. That in mind, I was curious as to whether or not Bethesda felt Skyrim could have benefited from an online mode, whether it indeed could have led to the game selling better.

“Given how well it did I’m not sure that’s possible,” Hines informed me. “Actually, I’m pretty positive the opposite is true. The time and energy we would have put into adding online/co-op/whatever functionality to Skyrim would have taken away from the single-player experience. I don’t think the game would have been as good. We’d spend a lot more time working on how it all works when one person is playing versus two people, and the end result would have been a lesser game.

“Todd Howard has explicitly said this in the past, so I’m gonna go with what he thinks. I think multiplayer really helps when multiplayer is important to the game experience the developer wants to create. If it’s not important, leave it out.”

Some publishers seem to have an ulterior motive for sidelining solo experiences, with some of them quite open about their fear of single-player games being beaten and traded in. The used game market is a long-running boogieman of the industry, replacing rental services like Blockbuster after the nineties. Again, Bethesda concedes that secondhand games are a concern, and may not have an answer, but companies can try to combat them by offering quality products.

“Absolutely it’s a concern,” said Hines. “We have tried to mitigate it by creating games that offer replayability, by supporting them with DLC that’s worth hanging onto the game for, or offering tools that let them take things further.

“There’s no doubt that being a videogamer is expensive. Games are not cheap to buy because they’re expensive to make, and people are looking for ways to keep it affordable. I’m not sure anyone has figured out a solution that works for everyone, and there simply may not be one until someone figures out how to include developers and publishers in the loop on used games sales instead of keeping it all for themselves.”

Bethesda is not a dyed-in-the-wool customer hero, it has to be said. The company has had its fair share of difficulties with the game buying public, one of the earliest being the notorious Horse Armor DLC — a useless downloadable purchase for Oblivion that, well, added armor to a horse. It’s funny, however, that what was once such a controversy has become a norm. Many games ship with silly cosmetic content that can be downloaded at launch, for a price. Sometimes, the content’s even on the disc itself, demanding cash for an unlock.

These days, Bethesda’s DLC plans aren’t quite so obnoxious, and have certainly taken a step back from the kind of practices seen in games like Dead Space 3.

“Horse Armor was really the first time anyone had tried any real DLC, and was us taking a shot in the dark as far as what DLC might look like or include. We obviously evolved from there both in terms of what we offered, and more importantly what we charged for it. So I think it was partly what the very first one happened to be and how everyone reacted to the very idea of any DLC. If the first DLC had been “Fighter’s Stronghold,” we probably still would have seen a reaction, but I don’t know if it would have been the same kind of reaction.

“As you said, we do like to try to make DLC a bit more substantial and haven’t done the things a lot of other folks have tried that you mentioned. There are a lot of ways to do DLC, we’ve tried to stick with what feels right, what fits the game, and what can be successful. Every game is different and the size of the DLC and timing is always going to change based on what the team wants to do, how long that will take, what other project(s) they need to move onto, etc. I can’t say what will or won’t work for anyone else, just that we’re very pleased with the reaction to the DLC we’ve done over the years and we’re going to continue to try to do things that fans want and enjoy.” 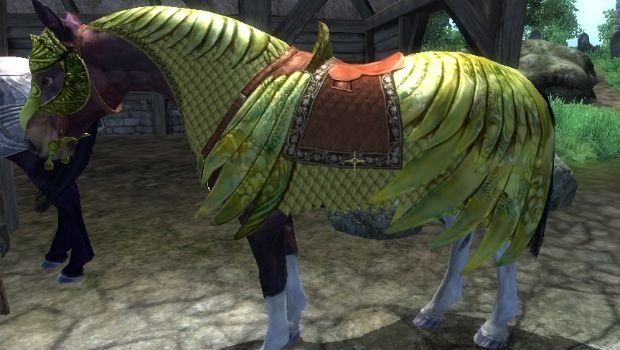 In the mainstream market space, Bethesda remains something of an anomaly. In a way, its recent library of lengthy solo role-playing games and linear, narrative-driven first-person shooters may look old fashioned, even archaic. Its bread and butter is a stable of games rooted in the past of the industry — its established franchises are venerable, its new ones informed by the design of past generations. In a world where every other publisher is grasping at the new in total uniformity, however, Bethesda’s seasoned approach comes off as positively fresh.

Bethesda isn’t perfect. Its history with the PlayStation 3 could certainly have been better, and its games regularly pay for their huge size with many documented flaws. When it comes to the business of making and selling games, however, it’s one of the few large publishers left I can respect. Even as The Elder Scrolls experiments with an MMO spin-off, and the company prepares to announce a free-to-play title by way of Battlecry Studios, I am consistently pleased by Bethesda’s desire to demonstrate success with games other companies are terrified of failing with.

You did good, Bethesda. Keep doing that.