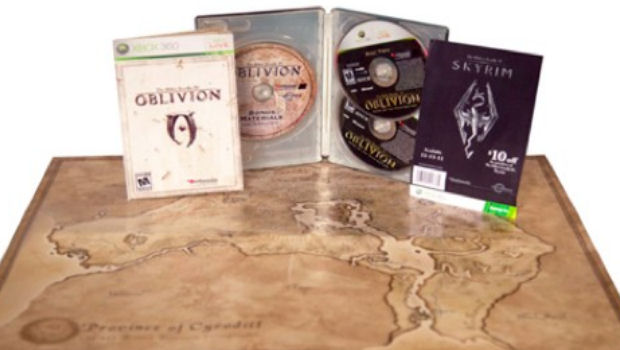 Retailers have started listing a re-release of the immensely popular Elder Scrolls IV: Oblivion. According to the listings, this will be a special Fifth Anniversary edition, complete with extra goodies for the hardcore fan.

The package is set to include The Elder Scrolls IV: Oblivion Game of the Year Edition, DVD extras, a map, and a $10 coupon for The Elder Scrolls V: Skyrim. No price or release date has yet been given, though Best Buy lists it at $29.99 for a June timeframe (thanks, Jawmuncher).

What do you reckon? Ready to throw open the gates of Oblivion one more time?